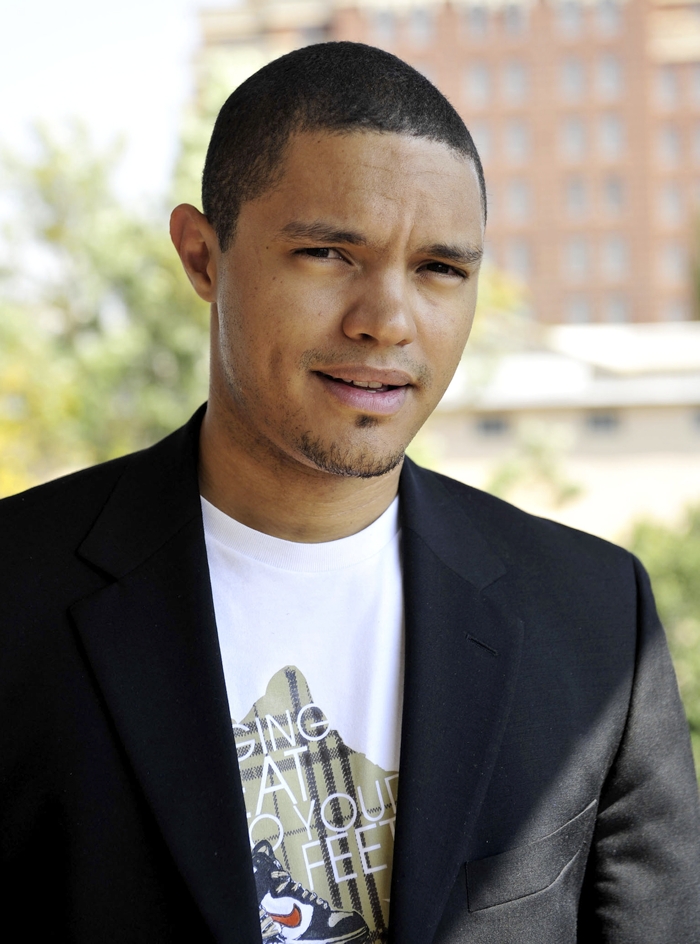 In this photo taken Oct. 27 2009 South African comedian Trevor Noah is photographed during an interview. Trevor Noah, a 31-year-old comedian from South Africa who has contributed to "The Daily Show" a handful of times during the past year, will become Jon Stewart's replacement as host, Comedy Central announced Monday March 30, 2015. Noah was chosen a little more than a month after Stewart unexpectedly announced he was leaving "The Daily Show" following 16 years as the show's principal voice. (AP Photo/Bongiwe Mchunu-The Star)

Iran and six world powers will agree to continue negotiations in a new phase aimed at reaching a comprehensive accord by the end of June, officials say.

AP Exclusive finds that many tractor-trailers are driven on tires built to handle speeds no greater than 75 mph — but 14 states now have speed limits of 75 or more.

AP’s Jack Gillum reports that Hillary Rodham Clinton used multiple devices for email and mixed work and personal concerns at least once during her tenure as secretary of state.

4. WHERE RELIGIOUS OBJECTION FOCUS TURNS NEXT

Arkansas is poised to enact a “religious freedom” measure, proposals that are facing increasing criticism from those who call them discriminatory against gays and lesbians.

The German carrier says its insurers are setting aside $300 million to deal with possible costs resulting from the Germanwings jet crash.

The FBI hasn’t revealed what the motive might be for two men dressed as women attempting to breach the gates of the NSA, except to say it’s not believed to be terrorism.

Dismayed over the slow pace of post-war reconstruction, Gaza Strip residents are returning to uninhabitable structures while they wait for promised aid to arrive.

Two distillers say economic development in their small town is being hampered by a law governing what can be marketed as “Tennessee Whiskey.”

9. WHAT TREND IS EMERGING IN LATE-NIGHT TV

The choice of South African comic Trevor Noah as Jon Stewart’s replacement on “The Daily Show” spotlights a preference for hosts with a more worldly perspective.

10. WHO IS PULLING FOR UNBEATEN NCAA SEASON

Quinn Buckner says he and his 1976 Indiana teammates are hoping Kentucky can go 40-0 and end the 39-year wait to add another member to the exclusive club.