Wayne Hinshaw column: Ladies, is it the beard? 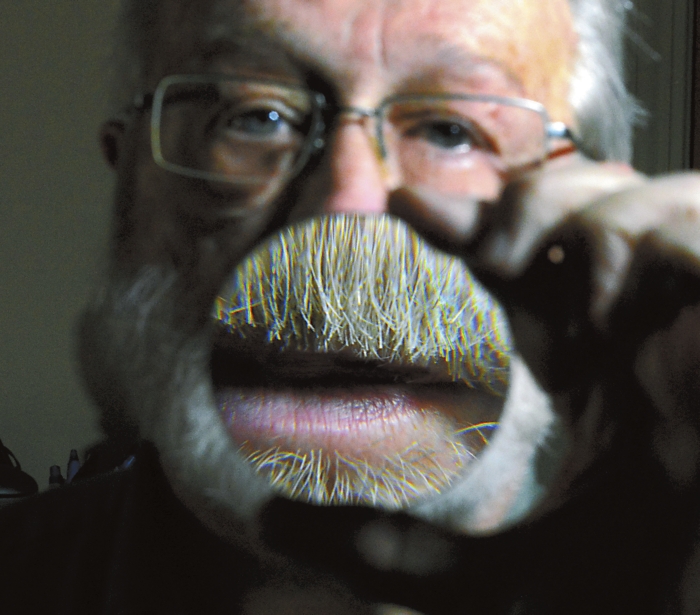 Let's take a close look at beards. Are women really attracted to beards? Photo by Wayne Hinshaw, for the Salisbury Post

I ran across a scientific study explaining why women like men with beards. Having a full beard, I’m always intrigued why the women are chasing after me. To be honest, I’m intrigued to see why they are not chasing after me and never have. Could it be my age, my height, my weight, my profession, or my beard?

The study was conducted in Australia by University of New South Wales professors Barnaby J. Dixson and Rob C. Brooks. It is my understanding that the researchers showed photos of 10 men to 177 heterosexual men and 351 women. The photos showed the 10 men in four states of beardedness:

Clean-shaven, a five-day-old light stubble of beard, 10 days of heavy stubble beard, and, of course, a full beard. That full beard would be my category. That is, a full white beard, if the color figures in the study.

After the four beard lengths were judged by the women, they liked the heavy stubble the best. The professors concluded that the “beardedness affects judgment of male socio-sexual attributes …”  Full bearded men, they deducted, would make better fathers.

They found that “facial hair makes men seem more mature and masculine.” Now we are talking up my line. The light stubble was not as attractive as the heavy stubble, because it might be too “patchy.”

Listen up, men! Women think beards make men look tough, older and more mature, and look like “bad boys.” Women like “bad boys,” they say. These bearded men might be trusted more or be more self-confident. Naturally, bearded men are better under the sheets, we are told. I sleep well, and thank you for the concern over sleep habits.

Wait a minute. The Schick razor folks say that clean-shaven men have twice as much sex as the bearded, and 64 percent of the women prefer clean-shaven men. What is happening to our research here? Do we have a conflict in studies?

I grew my beard in 1976 to celebrate the country’s bicentennial. At the time, Jerry Dudley and Raymond Austin Jr. and I agreed to grow patriotic beards. We all worked together at the Post. About four or five days into the light stubble stage, I noticed that Jerry and I were looking tough but yet mature. I assume the women were noticing the beards because everyone had something to say about them. For the record, our beards were for the patriotic celebration of the nation. Attracting women was just a byproduct for Jerry and me. You never could tell for sure Junior’s purpose, since his beard didn’t grow.

I could see that Junior was still all smooth-faced. I asked him when he thought his first whiskers might break through the skin. He said, “They won’t.” I argued that we had a deal to grow beards. He replied, “When the first whiskers came out, it made my nose itch, so I shaved.”

My granddaughters do not like my beard. They are very honest and hurtful when asked about my beard.  Both girls, 4 and 5 years old, say my beard is too prickly and ugly. When I hug them, they turn their heads away to avoid the beard. They say I should look like their other granddads who have no beard.

My 3 year old grandson seems to like the beard. He will cuddle up against my beard and smile as it brushes his face when getting kissed.

Sammie, my wife, has never had much to say about my beard. Does silence, mean approval or is it a useless cause? I wonder?

Wait, wait, I have found another scientific study about what attracts women. Now I can see this study is getting somewhere. Having done a T-shirt sniffing study, it seems that women like men who smell like their dads. Maybe this study is not understood correctly. They talk about “histocompatibilty complex or MHC,” whatever that is. Then they talk about “natural odor.” Now I understand natural odor. I’ve sniffed some foul natural odors in my day that just plain stink. I have never seen a women who goes for a stinking man.

I had a high school basketball teammate who wore the same practice gear the entire season without washing it. Once he got sweated up, there was an un-natural odor being emitted. His socks were so stiff that he would stand them against the wall of his locker like firewood. Moving on with this column.

Could there be other things that women look for in men other than beards and smells?

Sure enough, researchers at the University of California Los Angeles, say that women are attracted to muscular young men.

The Personality and Social Psychology Bulletin says, “… Muscles in men are akin to elaborate tail feathers in male peacocks.” Now we are getting to the “bottom of this” indeed when we start talking about tail feathers.

Their study said women used to be more attracted by things like earning potential and commitment, but now “brawny men” were getting some looks. After a fling with a brawny man, most women prefer a “regular man.”

I’m afraid to peruse what a regular man might be like. I’ve got bearded men, smelly men and muscular men.  It looks like I will have to wait until there is more scientific research on the subject before I make a ruling in this foolish topic.

What if women preferred a bearded, muscular man who stinks? Let’s move on.