Wall of China shows what fence-builders can do

Re: “A double-standard on ‘secure borders’ ” (in Monday’s Post):

The author of this letter suggests that “Tea Party/Republicans” would discriminate against Latinos who are trying to escape “poverty and narco-terrorism” by securing the southern border while all but ignoring the Canadian border which separates whites “much like ourselves.”

The reality is that there is far more danger from an unsecure southern border than from the northern border since there is more incentive for large numbers of poor, oppressed South Americans to cross from Mexico.

Conservatives see the danger of illegal immigrants, many of whom commit crimes, smuggle in illegal drugs, take jobs from Americans, work “under the table” paying no taxes, flood our hospitals without paying, bring in diseases, and amazingly receive benefits from our government — already $17 trillion in debt.

The most frightening threat, however, is from radical Islamists who could cross our borders and hit us with a dirty bomb or a bacteriological weapon.

Countries have immigration laws for good reasons. We should secure both of our borders and we should also be diligent about illegal entry from our coasts.  I believe the southern border, should be secured first since it represents the largest overall threat.

In my opinion, it should have been secured with a fence years ago. To suggest that the geography prohibits building a fence is ludicrous! Let’s not forget that the Chinese built a Great Wall over 2,000 years ago, and it extends over 13,000 miles. The Chinese built this massive wall with manual labor. To suggest that the United States, who has put men on the moon, cannot build a 1,500 mile fence, using modern technology, is just not true.

Will it take a dirty bomb killing hundreds of thousands of people in one of our cities for us to finally wake up and secure our borders? 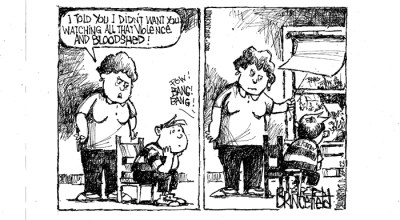 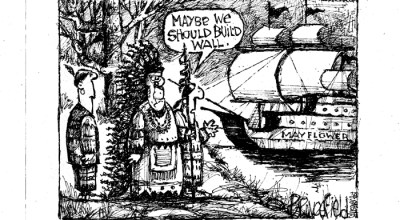 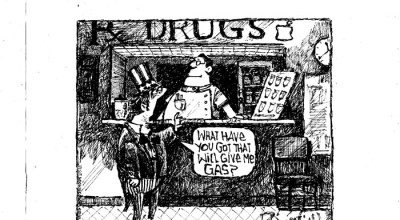