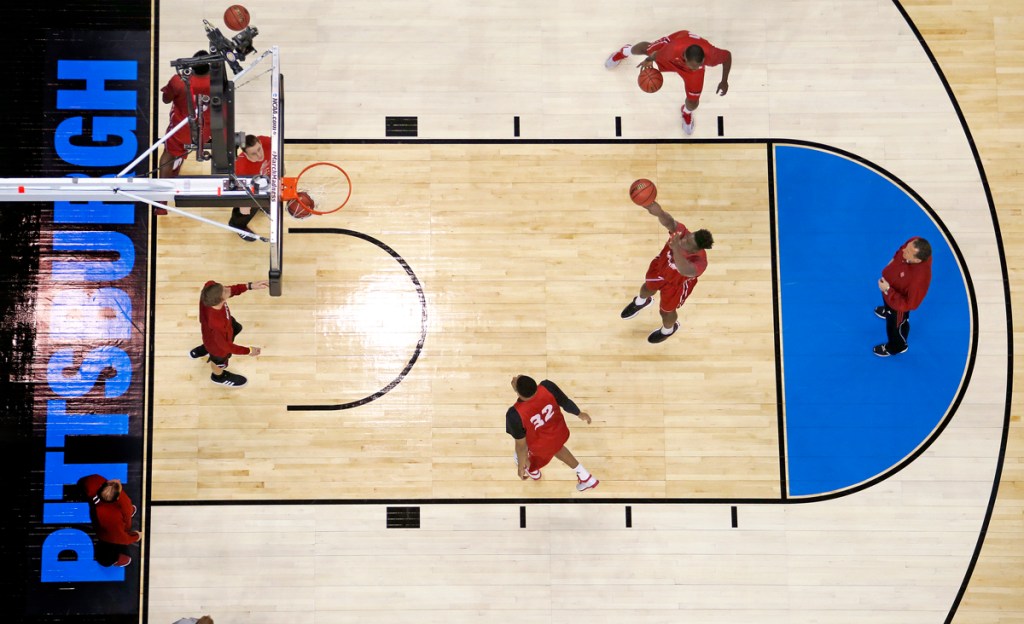 PITTSBURGH (AP) — Ralston Turner needed a change. The coach who recruited him to LSU was gone. The one coming in was friendly but hardly a friend.

“It was probably one of the toughest decisions I ever made,” Turner said. “I don’t regret it.”

Neither, in retrospect, do the Tigers. Both will get a chance to see how far the other has come on Thursday when Turner and eighth-seeded N.C. State (20-13) plays ninth-seeded LSU (22-10) in the second round of the NCAA Tournament.

Turner has evolved into the steadying senior presence on a team that is once again a March fixture under Gottfried. The Tigers and third-year coach Johnny Jones have revived a once stagnant program behind sophomore forwards Jordan Mickey and Jarell Martin.

While Turner acknowledges he keeps an eye on the renaissance at his old school, he’s not out to settle some kind of score. The joy he lost during his time at LSU has returned.

“He’s excited every day,” Gottfried said. “We went last year and beat Tennessee on the road in Knoxville. We’re coming off the floor, and we haven’t, you know, gotten to the edge of the hardwood there yet and he put his arm around my neck and said, ‘I’m not used to this, Coach, winning on the road at a place like Tennessee.’ So for him, I think this two years that’s he’s played has just been a great — it’s been a great feeling for him.”

LSU came as close as anyone to knocking off No. 1 Kentucky, letting a second-half lead slip away in a 71-69 loss on Feb. 10 that served as both a lost opportunity and a wake-up call. The Tigers realized that afternoon they could play with anybody. The problem is that they can still lose to anybody, too.

In the last month alone, LSU beat Arkansas on the road and lost to upstart Auburn in the SEC tournament quarterfinals. Playing with confidence isn’t an issue. Playing consistently — particularly in the final minutes — is another matter entirely.

“We’re still young, but we try not to use that as an excuse,” Mickey said. “We’ve won some big games and closed out games pretty well … It’s attention to detail. We probably lacked that at times, but I felt we’ve done a pretty good job of growing up as the season’s gone on and gotten a lot better.”

It will need to be better against the rapidly improving Wolfpack, whose resume includes wins over Duke, Louisville and North Carolina. NC State and Turner know what it’s like to play this time of year. The Tigers, making their first appearance in the NCAAs since 2009, do not. Jones is doing his best to prepare his players for what awaits but knows in the end they’re kind of on their own.

“If guys don’t understand the sense of urgency they have to play with and what’s at stake and there’s no tomorrow, then you could be in for a long day,” he said. “I think that’s what experience gives you.”

IRON MAN: Mickey’s numbers have dipped in recent weeks. Turns out, it wasn’t just the fatigue from logging heavy minutes. Blood tests done recently revealed an iron deficiency. He’s taking supplements to help give him a boost after he averaged just 9.1 points over his final six games, more than six below his season average.

“The season did take a toll on my body,” he said.

CAT SCRATCHES THE SURFACE: N.C. State won six of its final eight games, a run fueled by the steady improvement of sophomore guard Cat Barber. When Barber is on — as he was while torching Pittsburgh for 34 points in the ACC Tournament — the Wolfpack have a three-guard lineup that is as athletic as any in the nation.

“Here lately, he’s really taken his game to another level,” Turner said. “When he plays like that, it makes it easy on the rest of us.”

THE WAY IT IS: The one player on LSU with NCAA Tournament experience is junior guard Keith Hornsby, who was a freshman at UNC-Asheville in 2012 when the 16th-seeded Bulldogs lost to top-seeded Syracuse 72-65 in Pittsburgh. The game turned on a disputed out-of-bounds call that went against UNC-Asheville with 36 seconds remaining. Hornsby, whose father is Grammy Award-winning rocker Bruce Hornsby, still isn’t sure how the referees got it wrong.

“They called it Syracuse ball,” Hornsby said. “Of course, we along with the whole arena went crazy, because it was a bad call.”