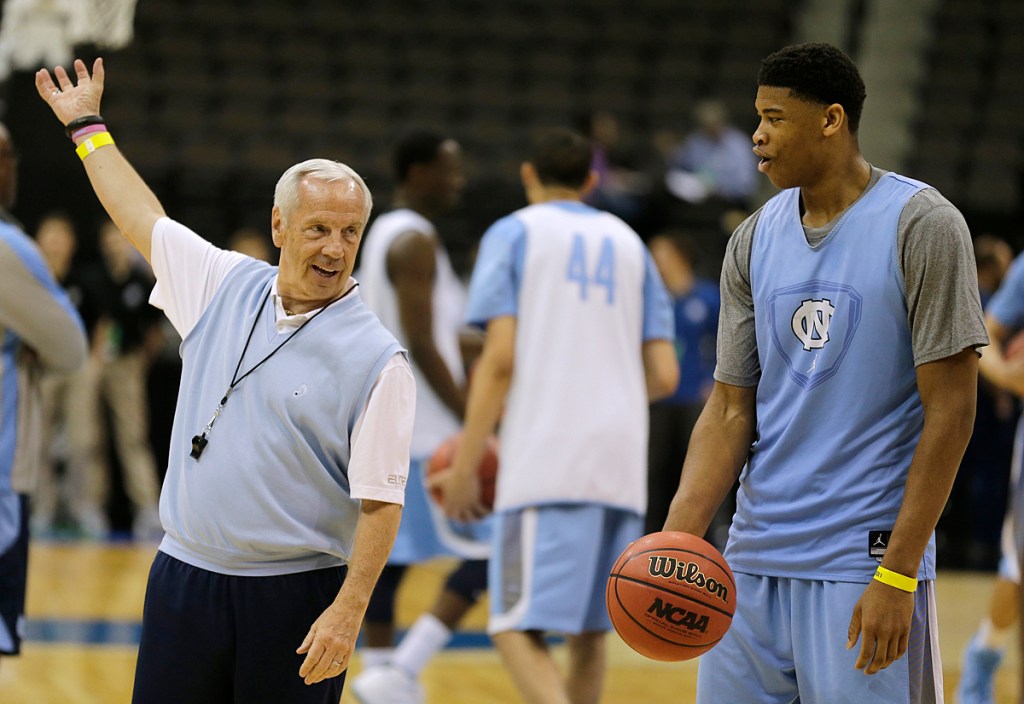 JACKSONVILLE, Fla. (AP) — Harvard’s Tommy Amaker is more than familiar with North Carolina from his days as a standout player and assistant coach at Duke, although that won’t make it any easier going against the Tar Heels in the second round of the NCAA Tournament.

The 13th-seeded Crimson are in the tourney for the fourth straight season as Ivy League champions and have won their opening game the past two seasons. It gives them confidence they can be successful on this stage, regardless of how much it might mean to their coach to knock off an old rival from the Atlantic Coast Conference.

“Honestly, I try to keep my history out of it. It’s not about me,” Amaker said, looking ahead to Thursday’s West Region matchup against the fourth-seeded Tar Heels at Jacksonville Veterans Memorial Arena.

“It certainly is about what these kids have accomplished in our program and what we’ve done over the last number of years and how excited I am for them,” the coach added. “But certainly they recognize, and we all do, the history and the tradition and the greatness of Carolina basketball, and so anything with me is really irrelevant.”

It’s certainly not on the minds of North Carolina stars Brice Johnson or Marcus Paige.

When asked if they happened to know where the Harvard coach played in college, Johnson responded first. “Was it Duke?”

“I’m pretty sure he’s got connections to Duke,” Paige said before tackling a follow-up.

For the record, Amaker was 10-19 all-time vs. the Tar Heels during his years as a player and assistant under coach Mike Krzyzewski.

North Carolina coach Roy Williams was an assistant with the Tar Heels in the 1980s when it recruited and signed point guard Kenny Smith instead of pursuing Amaker, whom Williams recalled as “the most complete point guard out there out there in his class.”

“He could score, he could defend, he was a coach on the court. He didn’t make silly mistakes. He didn’t try to do things that he couldn’t do,” Williams said. “And I’m not saying he was limited because he was not. He was not going to try to drive down the lane and jump over and dunk on somebody. He’d make the smarter play.”

Which brings Williams to Harvard. He said the Crimson remind him of Amaker, the player.

“They don’t try to do things they can’t do. I think one of the greatest skills in basketball is knowing your strengths and playing to them, and knowing your weaknesses and making sure that’s not the biggest factor,” Williams said.

Harvard, which earned a spot in the NCAAs by winning a one-game playoff against Yale for the Ivy League crown, defeated New Mexico and Cincinnati in the second round the past two years.

And, there’s nothing like success to breed belief you can do it again.

“I think each year can certainly stand on its own merit, but there’s nothing that can replace, in my opinion, a confidence factor of having done it before,” Amaker said.

“I think that’s obvious, and we certainly have that, and we’re proud of that,” Amaker added. “That’s not going to necessarily help us rebound the ball against Carolina, but I do think the fact that our kids, we have a veteran team, many of our players have had experience in the tournament, have had success and experience in the tournament. We’re hopeful to draw on that.”

Amaker spoke by telephone with Krzyzewski this week, but not to consult his former mentor about playing North Carolina.

“They have their own agenda and being a No. 1 seed, they’re certainly swamped with their thoughts of trying to do well in the tournament, get to the next stage of it,” the Harvard coach said. “We were just going to congratulate each other on a great season. They have their scouting to do, we have ours. … They have enough on their plate, we have enough on ours.”

North Carolina dropped six of its last 10 games regular-season games, but enters its 46th NCAA appearance coming off a strong showing in the ACC Tournament.