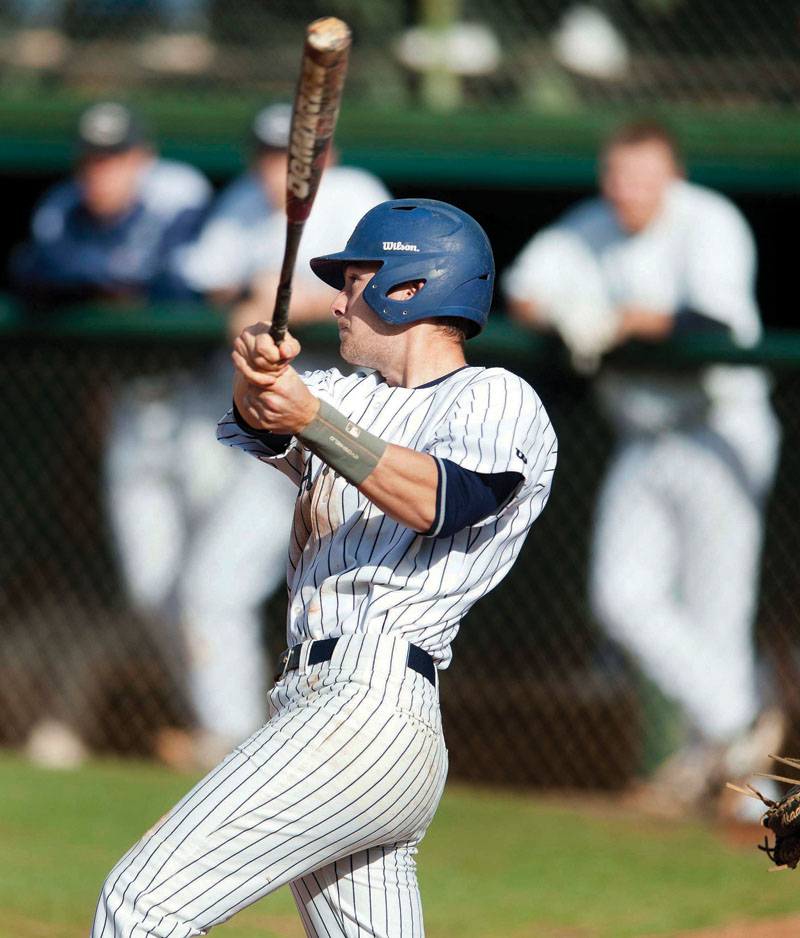 JON C. LAKEY / SALISBURY POST Catawba’s Will Albertson (17) watches his third home run sail toward right center in the first game of a doubleheader against Lincoln Memorial on Saturday at Newman Park. The Indians catcher/ourfielder was named the National and Southeast Region hitter of the week by the National College Baseball Writers Association.

The week for Catawba catcher/outfielder Will Albertson was as close to perfect as any baseball player can get.

He blasted three home runs Saturday against Lincoln Memorial, was a combined 12-for-15 at the plate, also smacked three doubles and drive in six runs as he led the Indians to four wins. For the week, Albertson’s had an .800 batting average, .833 on-base percentage, and a 1.600 slugging percentage.

In the first game of a doubleheader Saturday against Lincoln Memorial, Albertson was 5-for-5 with solo home runs in the first, third and sixth innings, tying the school record for home runs in a game. It was last done by Jerry Sands, the program’s leader in career home runs, in 2007.

“Guys joke about it a lot, that my swing is too smooth and slow,” Albertson said after the game. “But it’s working.”

His only hit in the second game of the doubleheader was a double in his first plate appearance. He was walked the next four times he stepped into the batter’s box.

Albertson’s week ended in Sunday’s series finale against the Railsplitters with three hits, a run scored and an RBI.