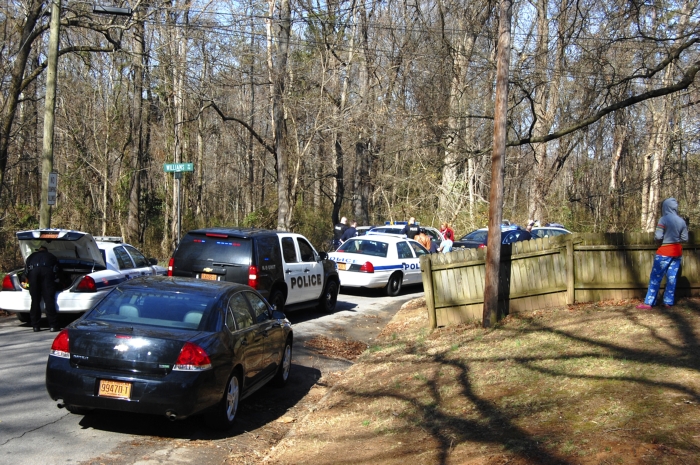 Salisbury Police made multiple arrests after a traffic stop led to a car chase Thursday morning.

The chase ended without an accident at Old Plank Road and Williams Road shortly around 10:30 a.m. A witness said he started following police on West Innes Street and that the police cars were going very fast.

At least six police vehicles were at the scene where the chase ended. An officer at the scene said two or three people were arrested. He said one of the charges for the driver would be failure to stop for blue lights. The police weren’t looking for any other suspects but were searching the vehicle, the officer said.

The witness said he saw one man arrested. He said the man was shouting at officers and that things got “a little physical” between the man and police before he was put into a police car.