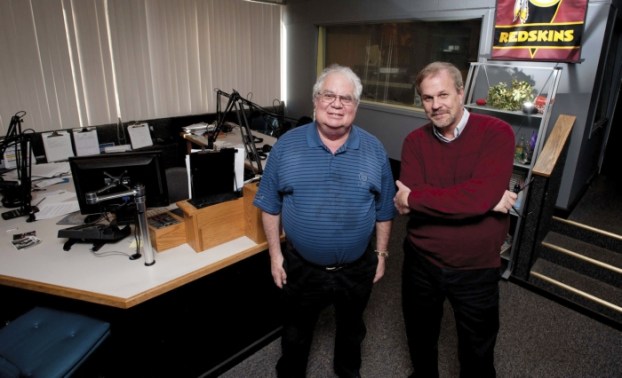 Howard Platt and Kent Bernhardt have been filling the Salisbury airwaves with their morning show at WSTP since ...?

1. Friday looks to have been the last day on air for the “Kent and Howard in the Morning” show. In what year were Kent Bernhardt and Howard Platt first paired as a morning team on WSTP AM?

3. After 12 years, Jason Walser will be resigning his position as executive director of the LandTrust for Central North Carolina effective July 1. How many counties make up the land trust’s region of emphasis?

4. In a 3-2 decision Thursday, the Federal Communications Commission favored a petition seen as a victory for certain cities in the country, including Salisbury. What was the decision?

A. That cities of under 40,000 population can have more than two radio stations

B. That states cannot limit cities in their expansion of broadband internet systems

D. That states cannot prohibit municipalities from owning television stations and competing in the open market

A. The start and end dates for their school years

B. What high school sports they can and cannot offer

C. How many guidance counselors middle schools must have

D. The amount of security that must be provided at athletic events

6. The Salisbury Planning Board voted last Tuesday to recommend a conditional district overlay for West End Plaza, the former Salisbury Mall. Why might that be important to Rowan County, the property’s owner?

A. Because the conditional district would make the property more attractive to potential buyers.

B. Because the conditional district would allow government services in the former mall

C. Because the conditional district would allow a reconfiguration of the parking lot

D. Because the conditional district would pave the way for the county to apply for certain grants from the N.C. Department of Commerce

7. A bill, co-sponsored by state Sen. Andrew Brock, R-Davie, would give magistrates and registers of deeds the option to do what?

A. Go back to school free of charge if they want to earn four-year college degrees

B. Take regular law enforcement training in firearms at no charge

C. Recuse themselves, because of religious beliefs, from having to issue certain marriage licenses

8. Residents on Overhill Road recently rescued a kitten, who had been living in a storm drain under their street. What is the name that has been given to the kitten?

9. By mid to late March, Abigail Young hopes to open a new business in downtown Salisbury. What is it?

A. A party supply store

10. Last Monday, what did Livingstone College open in Ballard Hall?

A. The Blue Bear Food Pantry

B. The Blue Bear Gift Store

1. C. Bernhardt and Platt first teamed up in 1995. Bernhardt left in 2000 but rejoined the morning show in 2008.
2. D. The Catawba College Foundation hopes to make the station an integral part of its sports communications program.
3. A. The land trust, headquartered in Salisbury, has a region covering 10 counties.
4. B. Wilson, N.C., and Chattanooga, Tenn., petitioned the FCC to strike down state laws limiting the expansion of their super-fast Internet utilities. The FCC ruling could lead to Salisbury’s being able to expand its Fibrant system outside of boundaries established in 2011.
5. A. The start and end dates for public schools are mandated statewide. The bills introduced by Warren and Ford would allow the local systems to determine those dates instead.
6. B. The conditional district overlay would allow government uses at the former mall. Salisbury City Council will consider the planning board’s recommendation Tuesday.
7. C. The bill is designed to give magistrates and registers of deeds a way out in case they don’t feel comfortable with issuing same-sex marriage licenses.
8. B. Tom and Mickey Jo Long have named the cat “Miracle,” because they think it was a miracle he was brought in from the cold.
9. D. Young plans to open a bakery on north Main Street next to the new location for Sweet Meadow Cafe.
10. A. Food Lion provided supplies for the Blue Bear Food Pantry, which is open to Livingstone College students from 1-4 p.m. Tuesdays and Fridays.

SALISBURY – Growing up as a Lutheran pastor’s son, Ted Goins Jr. hated it. “Now I can’t imagine it any... read more