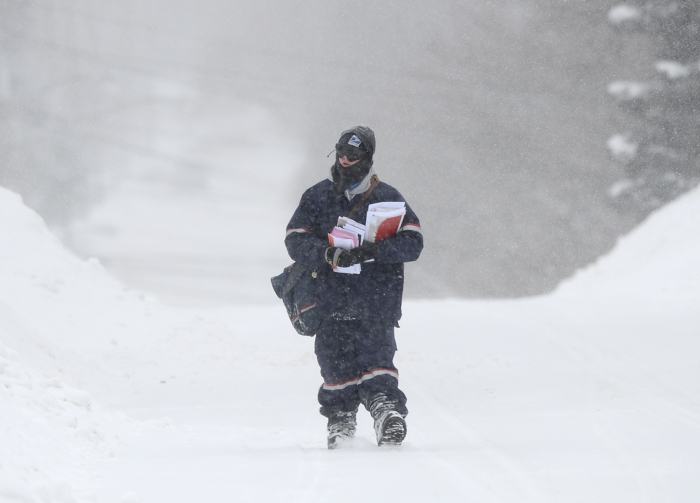 He intends to leave open the option to send in combat forces if needed, a congressional official tells the AP.

Many are arguing that instead of trying to keep hackers out of networks, new defenses should neutralize them once they are inside.

Anwar Ibrahim’s conviction of sodomy was upheld by the nation’s top court, landing him a prison sentence of five years in a trial widely seen as politically motivated.

4. US, GERMANY DISAGREE ON LETHAL AID TO UKRAINE

It’s possible the public split is merely a “good cop, bad cop” tactic to push Putin to end the fighting.

In one of the most liberal states in the country, proposed measures that include expanding background checks to private sales are drawing criticism from locals.

6. WHERE EPIC SNOWS ARE SETTING RECORDS

Boston is hit with the most snowfall recorded in a 30-day period at 61.6 inches.

7. HOW SOME IN CENTRAL EUROPE ARE TRAPPED IN THEIR HOMES

Homeowners who took out mortgages in Swiss francs are now reeling from the surge in its value in recent weeks.

Media visibility and legal rights are coming through but violence and unemployment still threaten that community.

9. STRAUSS-KAHN TO TAKE THE STAND

The former IMF boss will testify in his Paris trial in which he is charged with taking part in an international prostitution ring.

10. WHICH LONG-LOST APOLLO 11 ARTIFACT HAS COME TO LIGHT

A 16 mm camera used to film Neil Armstrong’s first steps on the moon goes on display at the Smithsonian after the astronaut’s widow discovered it in a closet.