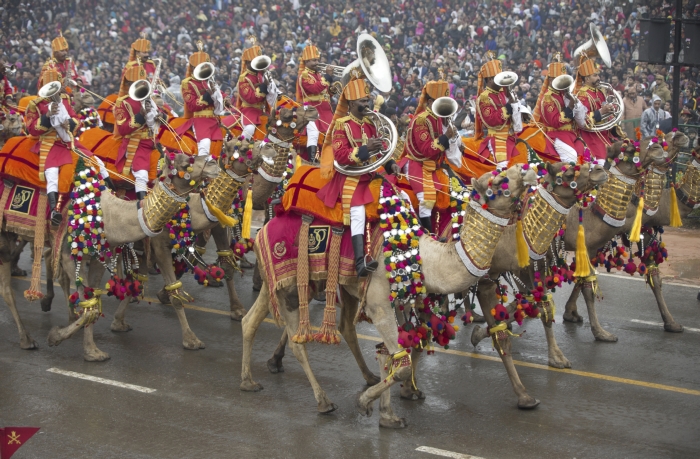 A blizzard warning is issued for a 250-mile stretch of the Northeast, including New York and Boston which could see up to almost two feet of snow.

The president attended the Asian nation’s Republic Day parade which is the highlight of a three-day visit to bolster ties with New Delhi.

3. JAPAN RACING TO SAVE HOSTAGE

Tokyo says it is seeking help from Jordan and other countries to secure the release of journalist Kenji Goto who was taken captive by the Islamic State terrorist group.

The Kentucky Republican shows how he could disrupt the 2016 GOP field as he attacks senators Ted Cruz and Marco Rubio on their Iran and Cuba stances.

5. WHAT LEFT-WING PARTY’S VICTORY COULD MEAN FOR GREECE

The two children of Egypt’s former longtime ruler will be retried, along with their father, on corruption charges.

The American Academy of Pediatrics says the drug should only be used to cure children who have no other treatment options.

8. WHERE THE ECONOMY IS AILING

The Arizona city that’s hosting the nation’s top sporting event is suffering from deep financial issues over its effort to become a sports destination.

10. WHOSE OSCAR CHANCES ARE HIGH

“Birdman”‘s big wins at the SAG Awards and the Producer Guild Awards are pushing it past Academy Award rival “Boyhood.”