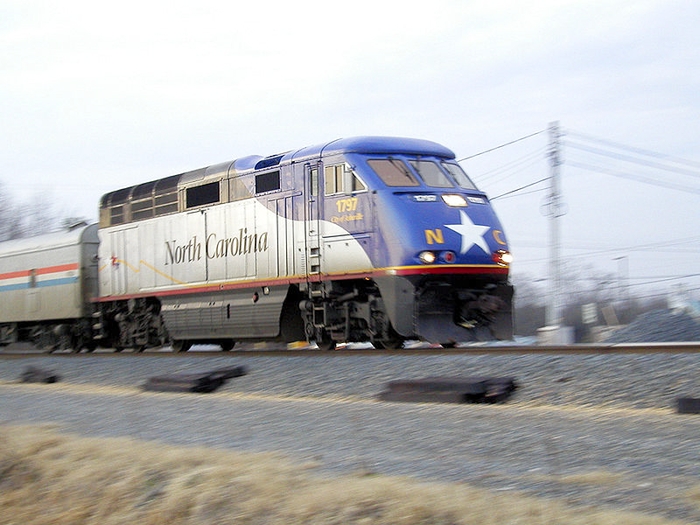 When the N.C. Department of Transportation’s Rail Division held a public hearing last Thursday about the “proposed” closing of the rail crossing at Henderson Grove Church Road, the people attending had the feeling there was nothing “proposed” about it.

The DOT engineers acknowledged they already had met with city and county officials, including fire, police and EMS representatives who have signed off on the closing. They cited the accident history at the crossing and even displayed maps showing a new road linking Henderson Grove Church Road and Julian Road, which would be ready once the crossing is closed.

Still, the DOT folks went through the motions of explaining the project with the property owners and church members who would be affected the most. They answered their questions and asked for their written comments. Nothing was set in stone, the DOT spokesmen said, but who were they kidding?

“They’re going to close it, no doubt about that,” businessman John Leatherman said.

The evidence for that already is on the ground. It’s easy to forget that this crossing is one little piece of the biggest construction project now under way in Rowan County, and overall it belongs to the DOT’s half-billion-dollar Piedmont Improvement Program aimed at modernizing the state’s railways through a series of railroad and highway construction projects.

The most visible signs of the PIP locally are the $ 9.3 million bridge and road construction that will carry Peeler Road traffic over the north-south tracks at U.S. 29; the $11.6 million grade separation and realignment for Klumac Road; and the $51.2 million of construction and right-of-way acquisition connected with 11 miles of “second track” between Salisbury and Kannapolis.

Taken together, those projects represent $72.1 million in construction in Rowan County alone.

That second track is especially important because it will allow trains to pass more frequently, reduce congestion, increase capacity and reliability and decrease passenger travel time between Charlotte and Raleigh.

In Kannapolis, the project also extends Kimball Road from Main Street to Center Avenue and builds a bridge for the tracks over Kimball Road.

It’s all supposed to be finished by 2017. It’s interesting that it takes local reaction to the closing of a rail crossing — and the inconvenience for many it will bring — to remind us that something much bigger is happening right under our noses.