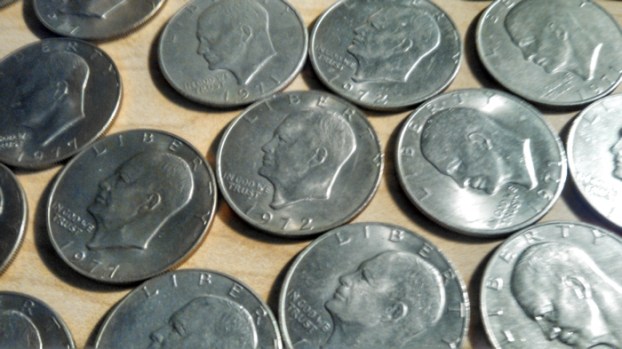 SALISBURY — Last week during a day off, I decided to take a few moments and sift through items my wife and I had stored away years ago in a safe deposit box.

We decided to stop paying rent at the bank because we had acquired a fancy, fireproof box for our important papers. I think it’s a Suze Orman model. So one day, Lindsay closed out the safe deposit box, turned in the keys and brought the contents home, leaving them on our desk upstairs.

There really wasn’t much — documents such as old insurance policies, birth certificates and an original will we had drawn up right after the kids were born. The insurance companies changed names long ago. We had other copies of the birth certificates, and our lawyer friend Andy Porter recently had helped us with a new will, since the boys are now grown and gone.

Something else had been in the safe deposit box, and about the time an old Carole King song, “Only Love Is Real,” started playing on the stereo close by, I reached into a bag and pulled out several proof sets of coins and about 30 Dwight Eisenhower dollars of various years from the 1970s.

The Eisenhower dollars, which seemed as big as drink coasters, spun and clunked onto the desktop as I turned the bag over.

I also noticed two old pennies, each individually wrapped as you might find in a coin collector’s shop. Both were from 1851, and one had a price of $6 scrawled on its cardboard; the other, $10.

As King sang the line, “Yesterday’s gone, but today remembers,” I realized I hadn’t seen these coins in years. They came from my late grandfather, Elmer, who had been a horse trader of sorts and was always out to make a deal.

It was Elmer who had loaned me $1,000, so I could purchase a car when I was broke, just out of college and moving 400 miles away from home. But this wasn’t a family thing to him, it was business. He drew up a paper outlining the terms of the loan, which carried 6 percent interest, if I remember correctly.

I made it a priority to send him money every week to pay back that loan quickly. I stopped when I reached the $1,000 total, and held my breath, hoping he wouldn’t call and ask why I hadn’t sent him the interest. He never said a word.

I don’t have enough space to describe my grandfather here. Just know he was cantankerous, loud, profane, sometimes a bully to my grandmother, a great teaser and the family’s best SCRABBLE player. He and my grandmother kept a won-loss record of every game.

Elmer — his nickname was “Have,” with a long “A — built concrete burial vaults and dug graves for a living, and it actually was a decent business. I remember the funeral homes calling his house regularly to secure a vault and tell him or my grandmother when the grave had to be ready.

I also recall his giving me a shot of whiskey before going to bed at night if I had a cough. He told my grandmother it would do me good.

And no kid forgets seeing his grandfather rub his forearm with alcohol before injecting himself daily with insulin for his diabetes.

I know my grandfather had a good eye for antiques. I especially remember the glassware he collected. On occasions such as Christmas, birthdays, graduations and weddings, it wasn’t like him to have my grandmother go out and buy some kind of gift. He always gave cash in a card or envelope, or some item he had squirreled away somewhere.

Elmer often carried a lot of money. When Lindsay was pregnant with our first child, he offered to give us all the cash in his wallet at that moment, but only if we named  a boy “Have,” with the long “A.” We didn’t go for his offer and missed out on about $400. Funny thing is, we still gave Sam, our first boy, the middle name of “Have.”

As for the coins from the safe deposit box, I’m sure they were gifts from Have for occasions such as the birth of our boys — the proof sets were from those years. I think the Eisenhower coins were a wedding gift. It was like Elmer to collect something such as the Eisenhower dollars, which were only minted from 1971 to 1978, thinking they would have to be valuable later.

I have no idea why he would have given us the 1851 coins. Had he rubbed off on me once, leading me to buy those pennies and I just didn’t remember it?

Elmer would have been proud, but before I put the coins away, I looked up the values of the coins we had. The Eisenhower dollars really aren’t worth much more than a dollar yet.

The 1851 coins, which feature Liberty with braided hair as the “heads” side, range in value from maybe $12 to $45. I would need a collector to assess the coins’ condition to determine what they’re really worth.

Whatever it is, I won’t be selling. I’m sure they’ll go to my children or grandchildren. Years from now, when one of them opens up a box and these coins fall out, maybe they’ll remember a cantankerous old man, a teaser who always claimed to be the best SCRABBLE player in the house.