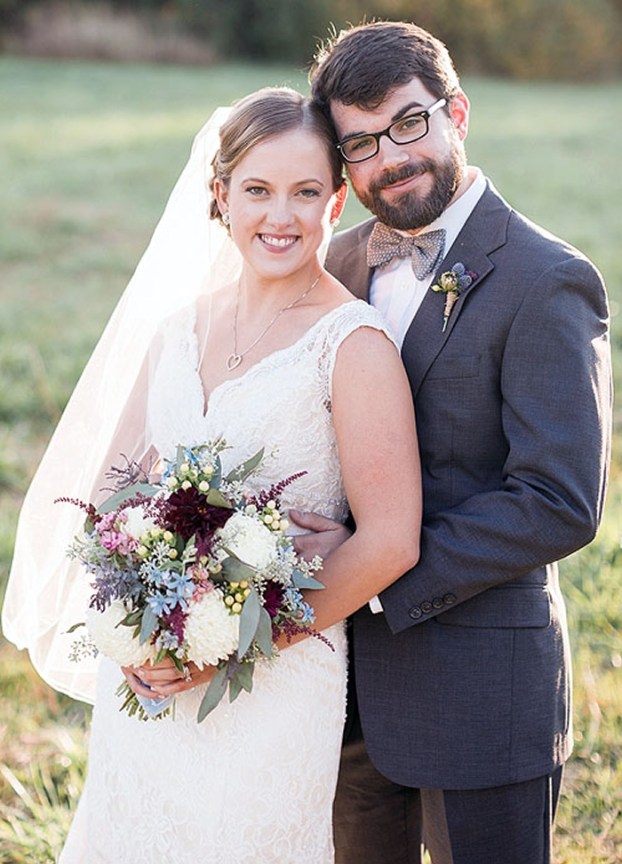 CHAPEL HILL — Madison Blair Burke and Richard Kyle Evans were united in marriage Saturday, Nov. 8, 2014, at Snipes Farm Retreat. A reception followed the ceremony.
The bride is the daughter of Alan Burke and Jennifer Taylor Burke of Salisbury. The groom is the son of Rich­ard and Cheryl Evans of Pamlico County.
Pastors Josh Orndorff and Heather Rodrigues officiated the 3:30 p.m. ceremony.
Maid of Honor was Ellen Emerson of Salisbury. Mallory Gardner of Salisbury, Alli Jacobs of Raleigh and sister of the groom Presley Evans were Bridesmaids. Sister of the bride Olivia Burke was Junior Brides­maid. Logan Wagoner of Baltimore was Best Man. Grooms­men were Ed Mason of Raleigh and Thomas McGlaun of Mocksville.
The bride and groom are graduates of NCSU, where they met. The bride is a CPA at BDO in Raleigh, while the groom completes his third year at UNC Law in Chapel Hill. Following a quiet honeymoon in Asheville over the week following their wedding, the couple resides in Durham.

If all else fails, immortality can always be assured by spectacular error. ~John Kenneth Galbraith “Money: Whence It Came, Where... read more