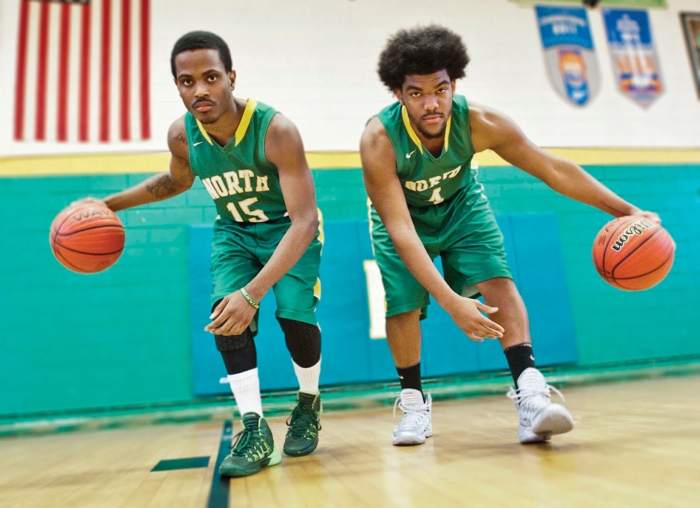 SPENCER — After moving up from 1A to 2A, North Rowan was not expected to be in the state championship discussion.

The Cavaliers ignored all of that talk. Their a nail-biting run through the 2A state playoffs had only one win by more than seven points.

A two-point win in the West region final over Smoky Mountain sent North Rowan to the title game in Raleigh. Kinston, however, came away with the 10-point win that night.

Despite North Rowan graduating the core of that team, getting to the 2014-15 championship game is not out of the question.

“We have a really, really good group of guys who understand what goes into winning a championship,” head coach Andrew Mitchell said. “So if we can put it all together, I think we have a really nice shot to be there again.”

The Cavaliers have to replace five seniors off of last year’s squad. That includes the loss of Michael Bowman and Michael Connor — a pair of players that were together four years — plus talented forward Kenyon Tatum and 6-foot-8 center Dalton Nelson.

The lineup this year is expected to top out at 6-foot-5. Though the lineup isn’t necessarily short. Mitchell said the Cavaliers’ backcourt is made up of “long and rangy” guards that can post up on smaller defenders.

To negate a height disadvantage in the post, North Rowan has worked on rebounding. Mitchell said everybody has to adjust to their role on the team as well.

North Rowan shared the Central Carolina Conference title last year with Lexington. The Cavaliers beat the Yellow Jackets by 14 points in the teams’ first meeting, but Lexington won the second by two points.

North Rowan, like a lot of teams across North Carolina, was waiting for football season to end before it gets its full complement of players together. Mitchell said last week up to five basketball players were expected to transition from the football field to the basketball court.

Mitchell said Sanders is one of the top guards in North Carolina. Sanders scored 19 points in the state title game against Kinston. For the season, he averaged 14.2 points per game.

Handy averaged 5.9 points per game. Mitchell said Handy showed signs of improvement from last year to this one.

One of the football players the Cavaliers are waiting to arrive. Walker is a versatile player down low. Mitchell said he can play small forward, power forward or center.

Archie, North Rowan’s starting quarterback, can move from all the way from being the center to the point guard.