Hoops by Rowan: A mix of music and basketball 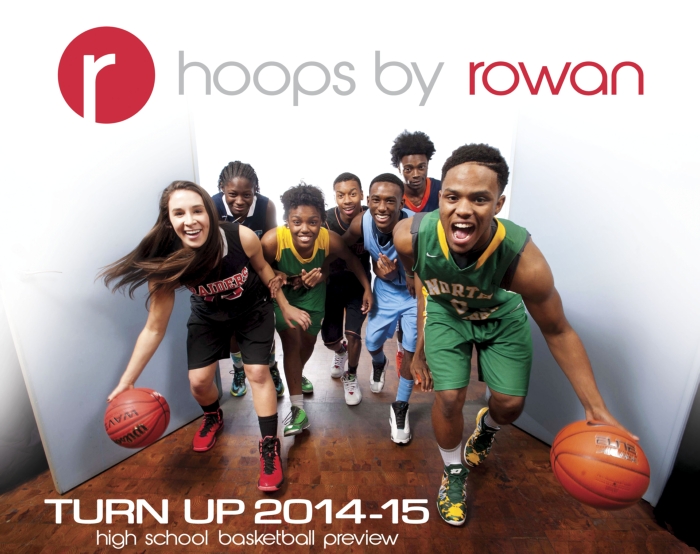 The image of the athlete walking into the arena listening to music is industry standard at this point.

Even without seeing it on TV, it’s easy to picture Lebron James or Cam Newton making their way to the locker room before a game.

The camera shoots up at them. They look straight ahead as if nothing and no one else is there. Their headphones are on. They are getting in their zone.

Shoot. Even as this was written a few days ago, I had “Take Me To Church” by Hozier piped into my ears.

Everything has a rhythm to it. Music. Writing. Walking. Exercising. Practicing. Playing.

We got the idea for “Hoops by Rowan” from Beats by Dre.

Actually, it started out as something completely different. I live in Mooresville. The 40-minute drive from home to the office and the office to home gives me time to think.

It’s fitting the song as I write this part is “Levels” by Avicii. It’s electronic dance music. The original theme for the cover was “DJ Get Buckets.” It was going to have a couple of kids working the ones and twos with other players cheering them on. It was supposed to capture the atmosphere of an EDM show.

Well, that wasn’t working because it’s hard to recreate and, more importantly, lame.

So we go back to the drawing board. The music theme had to be there though. Then I remembered LeBron’s “Re-Established 2014” commercial for Beats by Dre.

Photographer Jon C. Lakey watched the YouTube video with me. There’s a shot of James and his teammates from St. Vincent-St. Mary High School just before they take the floor. The bob back and forth as fans wave their hands and the excitement builds.

Still, it’s a powerful moment. The lights are up. The crowd is cheering. The music is blaring.

Everybody is getting into the rhythm.