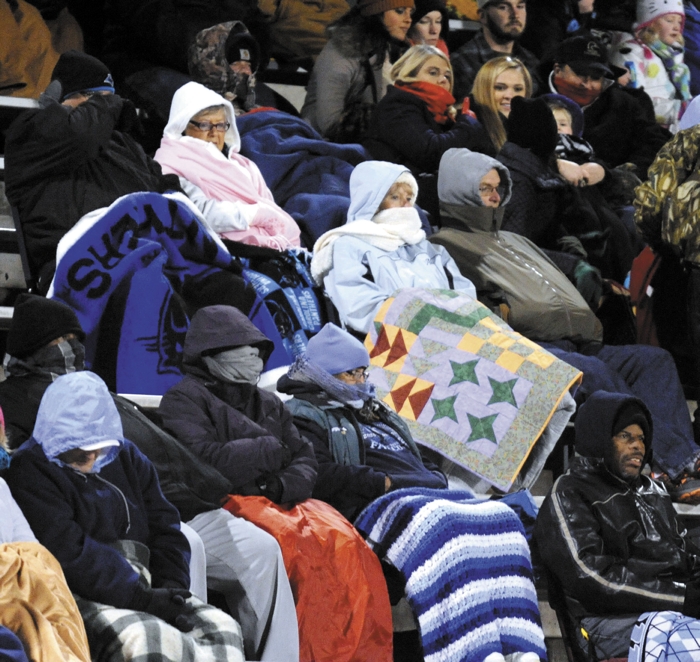 West Rowan football fans came bundled up Friday night in blankets and quilts. It was 32 degrees at kickoff. Photo by Wayne Hinshaw, for the Salisbury Post.

MOUNT ULLA —  It might be even colder this morning, but last Friday night was a cold, cold night in Mount Ulla. It was 32 degrees at kick off when West Rowan High played North Buncombe in the state playoff football game.  The temperature dropped to 28 degrees by halftime.

It was “so cold,” like the American folk tales of Paul Bunyan in the folktale of “Babe the Blue Ox:”

Well now, one winter it was so cold that all the geese flew backward and all the fish moved south and even the snow turned blue. Late at night, it got so frigid that all spoken words froze solid afore they could be heard. People had to wait until sunup to find out what folks were talking about the night before.

Well, maybe it wasn’t that cold, but some of the signal calls made by North Buncombe’s quarterback, Chase Parker, must have frozen solid, because the receivers didn’t hear them.

It was so cold that West Rowan Coach Scott Young called it “one of the most bitterly cold nights I can ever remember playing in, the coldest since Statesville in 2011.”

It was so cold that most of the beds in Mount Ulla were stripped of their quilts and blankets that were brought to the football game. Looking into the stands, there were hand-sewn fancy designed quilts,  Carolina Panther blankets, red blankets, checked blankets, even grown burly men wrapped in children’s blankets.

It was so cold, there were hand-knitted afghans wrapped around legs. There were face scarfs, hoods, toboggans, shawls, baseball caps under toboggans pulled over heads and faces.  Faces were so covered, I’m not sure they could see the game.

It was so cold, West had two electric heaters on the sideline.

The players gathered around the heaters like a herd of dairy cows at the feeding trough at milking time. The players had to push the managers away so they could get warm.  Coach Young never leaves the sidelines during a game, but  on this night he slipped over to one of the heaters at least once.

The radio announcers on Memories 1280 said on the air that it was 32 degrees in Salisbury but 28 in Mount Ulla. They allowed it was colder in Mount Ulla since there was more open space than in Salisbury. They admitted that they had a small heater in the press box, but they were keeping the door closed so fans wouldn’t crowd in there seeking heat.

The announcer was laughing that in the men’s bathroom at the stadium, there were men standing shoulder to shoulder, not using the bathroom, but trying to stay warm.  Anyone needing to use the restrooms was on their own trying to wedge their way to the seat.

It was so cold that kicking the football was like kicking a cinder block. So cold, that catching a pass was like catching a flying ice sculpture. So cold, my camera used half a full battery charge by halftime.

It was so cold that the mountain boys from North Buncombe lost the game 40-7, throwing 55 passes with 32 of them missing the targets.

It was so cold that if I don’t stop writing this tale, I will be compared with the folk character, writer  “Johnny Insklinger” in the Paul Bunyan tales, who wrote so much that he had to have his pen connected to barrels of ink. 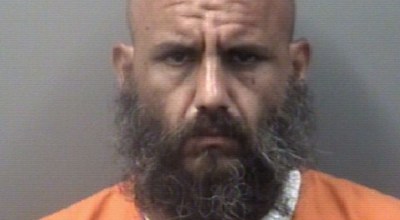 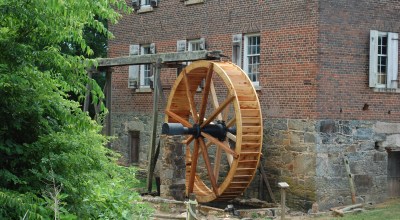 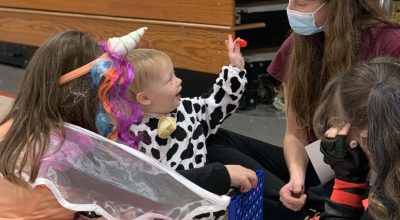