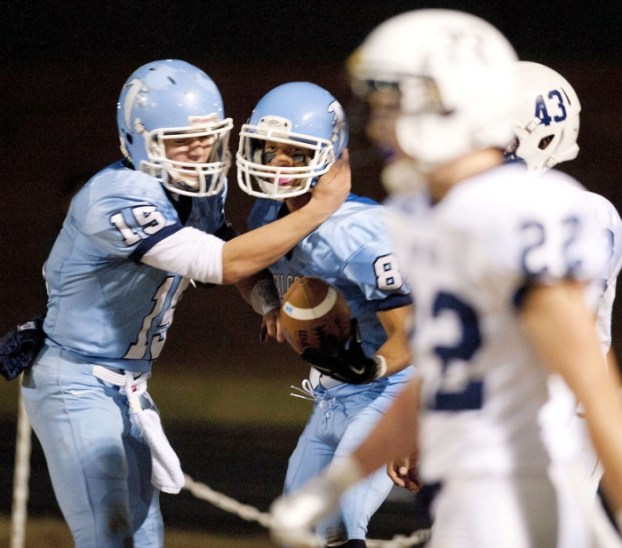 Roaming the County: West Rowan trying to trend up

MOUNT ULLA — It’s been a trying few weeks for the West Rowan Falcons. They were in the hunt for the South Piedmont Conference title as they were set to battle East Rowan at home.

It’s a game they had a good chance to win. Instead, they were beaten down by the Mustangs. That was the first game in a three-game losing streak. They Falcons were not competitive in any of the losses.

“I think that loss to East Rowan, no one expected it, including us,” West Rowan wide receiver Shakir Simmons said. “We were a little overconfident. I think that just blew our confidence out, and the rest of it snowballed into our losing streak.”

It appeared the Falcons were heading for another loss last week in the regular-season finale. After going down 21-7 against league runner-up Hickory Ridge, an 80-yard run by Jovon Quarles led to a touchdown run by quarterback Kacey Otto. That was the start of a turnaround that led to a 35-28 victory at home.

The win was the key to the Falcons getting a No. 8 seed in the 3A West and a first-round home game against No. 9 North Buncombe.

Getting that win took something simple — perseverance.

Simmons said the team learned it possess a level of character that it doesn’t always show.

The win also ended a period of self-doubt for the coaches. The last time the Falcons lost three straight games was 1998, Young’s first year as head coach.

“We questioned ourself as a staff. I questioned myself as a head coach,” Young said. “You didn’t know if the guys were ready for the season to be over.

“But the way they played against a quality opponent last week sure did answer the question.”

West Rowan hopes beating Hickory Ridge put momentum back on its side.

Young said the Falcons had “two good days of practice” on Monday and Tuesday as they prepare for Friday’s postseason game against North Buncombe, a team he estimated passes on 70 percent of its plays.

Though the Falcons’ eyes are fixed on North Buncombe.

“Right now, were not worried about a deep run,” Young said. “We’re worrying about crossing the bridge we’re at right now, and that bridge is North Buncombe. If we cross this bridge, we’ll worry about the next bridge next week.”