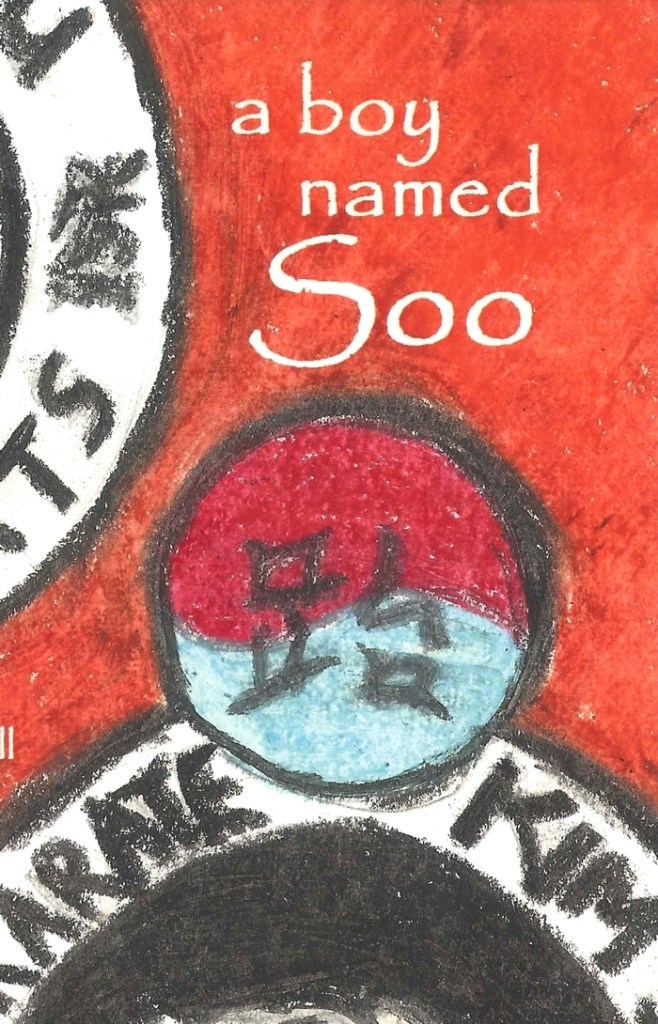 David Mitchell is celebrating his 30 years in martial arts with a book inspired by his mentor.

The book, illustrated with sketches rendered with Korean colored pencils by one of his students since 1987, fourth-degree black belt Pete Nguyen of Salisbury, shares lessons from Mitchell’s own teacher, Grand Master Kim Soo.

Soo, a tenth degree black belt from South Korea and one of the highest ranking black belts in the world, has been Mitchell’s teacher since the early 1970s. It was under Soo’s tutelage that Mitchell learned that “the only person you compete with is yourself,” a lesson he has tried to instill in his own pupils over the last 30 years.

“Honesty, integrity, loyalty — to oneself and to others — these are words that we practice a lot,” Mitchell explained. “Master Kim is 74 years old and he is in such wonderful shape. He is my inspiration and I owe him a great deal.

Mitchell’s book is “a compilation of stories that Grand Master Kim would run past me over the years.” Its main character is Soo and the stories are about Soo’s “love for his mother and how she saved his life.” It details how Soo became a martial artist, his mother’s kindness and patience with him, and how he learned that “you carry your happiness with you, inside you.”

“He grew up in wartime and lost a lot of confidence in himself, but at the same time, he was extremely bright –— spoke four languages,” Mitchell shared. “When school started up again after the war it was during the Japanese occupation of his country. He was placed two grades ahead and the other kids were very jealous of that and the other kids would beat him up at school. His mother got word that this was happening and she encouraged him to join a martial arts school to teach him how to take care of himself.”

Although Soo’s lessons in martial arts taught him how to defend himself, they taught him even more about how to be happy with who he was in whatever place he found himself. The lessons also gave him something he sorely needed — confidence in himself.

Mitchell said Soo’s mother taught her son that “Life is like a blank sheet of paper. You can draw whatever you want to be on that sheet. But don’t go from one thing to another. Stay in one place and set your feet down firmly and work hard and you’ll be successful.”

To make the point about life being a blank sheet of paper, Mitchell left two pages in his children’s book blank so his readers could draw their vision of themselves.

Mitchell heeded the lessons both learned and taught by Grand Master Soo and has passed them along to his own students over his 30 years of teaching at Catawba. He noted that he is most proud of “being an outreach to the community for Catawba.”

“That’s what Dr. [Robert] Knott,” former provost and later president of Catawba, “wanted to set this up as when he hired me in 1984. It was Dr. Knott’s desire to bring people to the Catawba campus and draw them into this college and that’s what I’ve been trying to do for 30 years.

“I’ve had a wonderful group of people for students. If they call and say they want me to teach them how to fight in tournaments, I tell them that my classes are not for you. If they don’t like children, I tell them this class is not for you. My classes build self-confidence in my students, especially the children and women. It’s like I’m envisioning helping those students go down their own paths.”

As he looks back on his long martial arts career with no plans to end it, Mitchell said, “I’m so proud of the students who stayed with me and gained their confidence, and I am so grateful to my family for standing by me all of these years.”

Mitchell’s two sons, Josh and Matt, who are now adults, were among his students and grew to be teachers in Chayon-Rhu. He said they are “always there for me.”

Recalling a Neil Diamond song, Mitchell shared this about his long career: “It’s gone too quickly and it’s gone by way too fast, and I wish so badly I could do it all over again.”

Copies of Mitchell’s book, “A Boy Named Soo,” are available at www.lulu.com/shop/david-mitchell/a-boy-named-soo/hardcover/product-21718874.

Students can enroll in Mitchell’s martial arts classes at Catawba at any time. The classes are offered Mondays and Wednesdays from 6:30-8 p.m. in the auxiliary gym of the Abernethy Physical Education Center. Contact Mitchell at 704-636-8809 or via e-mail at demitchell@carolina.rr.com.