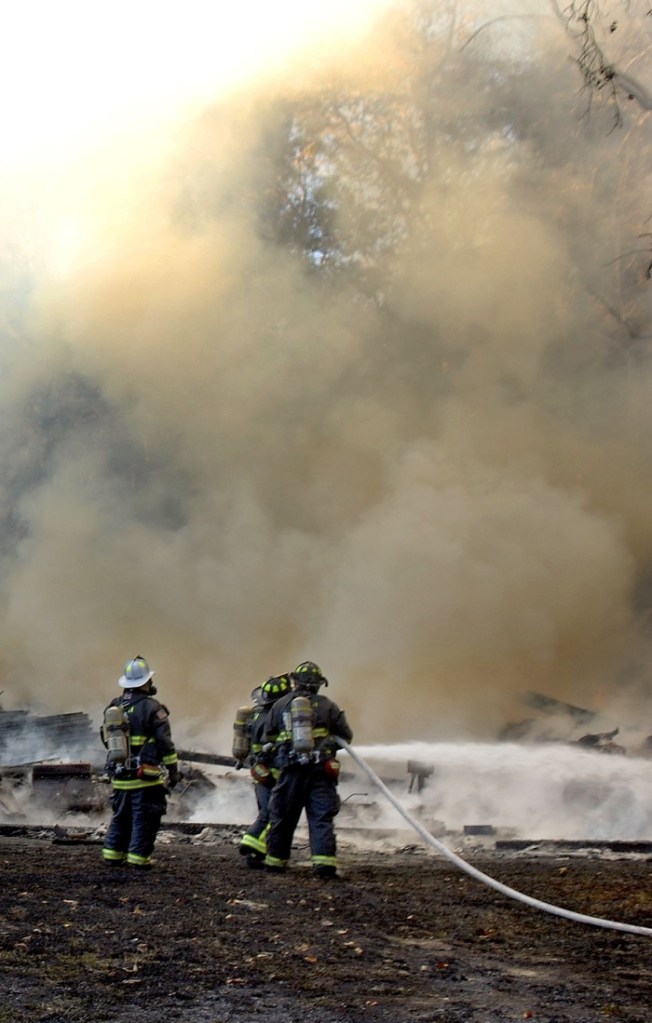 ROCKWELL — A late afternoon fire consumed a large workshop/garage on Shuping Mill Road that held 15 to 20 vintage and older cars.

At least nine rural and town fire departments from two counties and the Rowan County Rescue Squad responded to the two-alarm fire, which neighbors and the owner said started with the sound of an explosion in the rear of the building.

“They hadn’t even set fire hoses out yet, and it was gone,” said Kody Allman a grandson of the property’s owner, Carolyn Allman.

Carolyn Allman’s son, Kilburn, who lives close by, heard an explosion at his mother’s house, saw the fire and called 911. Smoke from the fire reportedly could be seen several miles away.

Carolyn Allman said she heard an explosion, too.

Another grandson, Fred Overcash, said it was good his relatives were close or Carolyn’s home, which sat near the workshop/garage but was not connected, might have been lost.

The fire took place at 3645 Shuping Mill Road, across from Blackwelder Farm Road.

The late Kenneth Allman, Carolyn’s husband, had filled the building with old cars in various states of repair. He also had used the workshop for woodworking.

Kenneth died almost a decade ago, and the building was mostly just storing the cars he had placed inside. Several other rusty cars also were on the perimeter of the property.

Some of the cars lost in the fire included models such as a 1964 Ford Falcon convertible, an Oldsmobile 88, a Buick Wildcat and a Model T touring sedan.

Family members said it was a huge building — at least 3,500 square feet — that was four bays wide in front.

“There was a ton of collectible cars that burned up in there,” Kody Allman said.

Tankers replenished their water by filling up at the Honbarriers’ pond, not too far from old Beatty Ford Road. Firefighters were still on the scene past 8 p.m. Saturday.

The origin of the fire was not immediately known.