‘Flirting with French’ and failing with fun 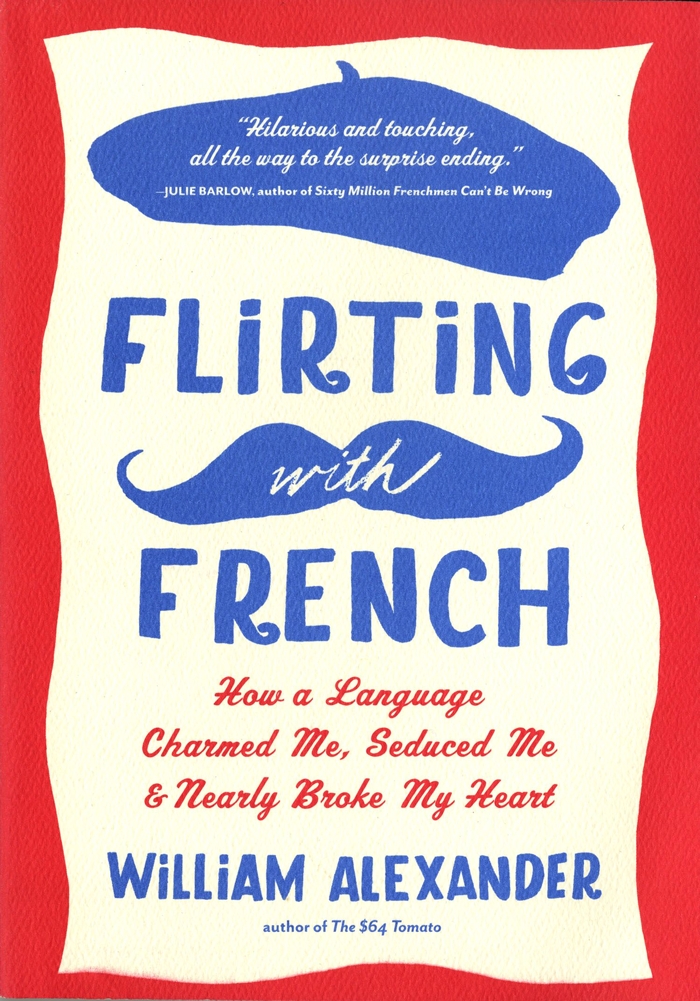 I can’t help but think about Gomez Addams melting every time Morticia speaks French as I read this book, “Flirting with French,” by William Alexander.

An image of Pepé Le Pew might spring to mind as well, whose fractured French failed to win over the lovely lady cats he so desired.

Guy, or plain old Bill, determines, at the advanced age of 57(!), that he will learn fluent French and he and his doctor wife will spend blissful holidays in France, munching croissants dans le café.

Pas du tout! Pas se vite! Poor Bill learns that, according to neuroscience, it is impossible for a 57-year-old to learn a language, any language anywhere, any time. Just not enough neurons left, old boy.

What follows in this memoir is sometimes funny, sometimes tedious, but mostly entertaining path to Bill’s enlightenment in all things français.

Bill is the author of two other memoirs, “The $64 Tomato” and “52 Loaves: A Half-Baked Adventure.” And this third is yet another tale of his struggle to master something. He’s earned a reputation as a good cook, and he shows that in this book, as he describes making croissants by himself, over a short seven hours. We might expect the results to be leaden, but they are a success.

Not just focusing on his attempts, with an awful accent, to actually speak French, Bill also gives us some of the science involved in learning a language, and a lot of history of the development of language, particularly how French evolved from a dual system, based, naturally, on class.

He gives a lot of the reasons why it’s so hard for English speakers to learn another language, particularly French. You see, in French, every word has a gender, and that gender does not necessarily make logical sense. And every noun is accompanied by the gender-specific article, le or la. And then there’s French numbers. Seventy, for example, is soixante-dix, which, literally translated, is sixty ten, but 80 is quatre-vingts, or four 20s and 90 is quatre-vingt dix, four twenty ten.

So Bill has great difficulties in creating sentences, conjugating verbs, picking the right gender. Bill takes us through his online, one-on-one course, his weeks with Rosetta Stone, his correspondence with Sylvie, a French girl who wants to learn English. He takes an immersion class with an American man who looks and speaks in a thoroughly French manner.

Finally, he enrolls in an intensive immersion program in France at the deliciously named Millefeuille Provence language school. Much to his amazement, he is able to speak rudimentary French and understand some, too. After long days of classes, lunches, dinners, lectures, all in French, he can have a conversation. Sort of. With certain people.

As he ultimately meets his French pen pal, something is wrong. She cannot understand his French at all.

At the beginning of his study, brain imaging showed his response to French — about the same as Japanese — not much. A year later, a new image shows all kinds of brain activity indicating he has some new knowledge. A college language exam shows he’s progressed from barely able to get in to first-year French class, to third-year French class. “While I have learned a lot OF French, I have not learned French.”

Doesn’t matter, he now has a new joie de vie. For in his efforts to learn French, he has improved his cognitive assessment from pathetic to above average. Bon courage!

This is a fun book to tickle your own language centers, bringing back memories of those high school classes and painful college labs. But do you still remember how to ask where the bathroom is?