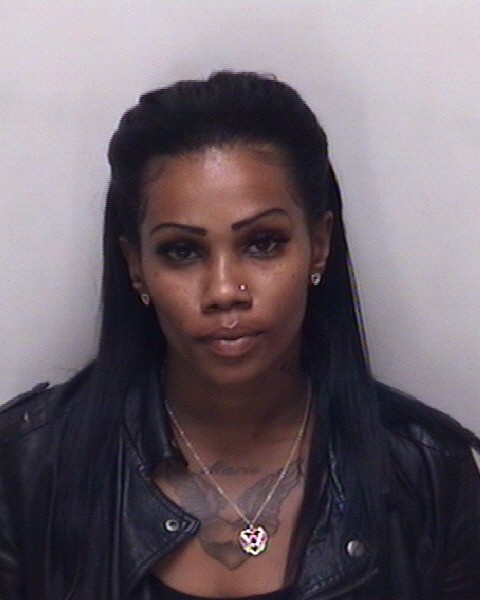 A Salisbury woman faces felony charges after she was pulled over during a traffic stop and produced a license that belonged to someone else.

Authorities received a complaint about drug activity at Civic Park Apartments and an officer noticed a woman walk over to a black Nissan, go inside an apartment and return to the vehicle. When the vehicle drove by the officer he saw that it did not have a registration plate. The officer stopped the Nissan at the intersection of Brenner Avenue and West Monroe Street.

A report said the woman, later identified as Cherrelle Chawlk, told the officer her name was Ebony Fair and gave him a license for Ebony Fair. Once the officer searched the DMV system and saw the picture did not match the driver he asked her to produce her vehicle registration information.

The woman told the officer the vehicle was registered to her sister, Jalea Chawlk. Cherrelle Chawlk said she was headed to DJs restaurant for karaoke. The officer found that Ebony Fair had a valid license, but the picture didn’t match the driver. Chawlk’s license was suspended. The officer knew Cherrelle Chawlk, a report said, because she’d done the same thing in February and March with the same officer.

Chawlk was convicted in 2007 of possession of firearm by felon, fictitious information to an officer, forgery and unauthorized use of motor vehicle. She’s also been convicted of resisting arrest, larceny, trespassing, robbery with a dangerous weapon and felony conspiracy.

She has since been released from the Rowan County Detention Center under a $1,000 secured bond.