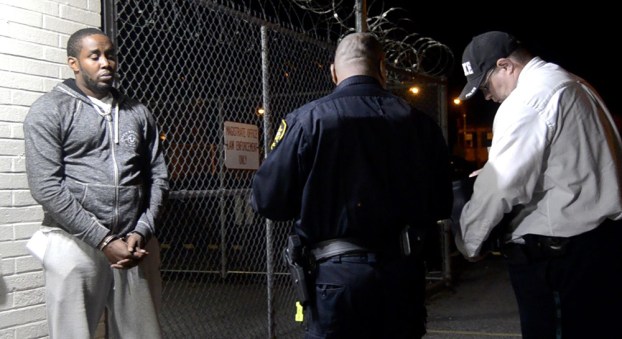 Kenneth Wayne Abel Jr., 28, of 702 Candlewick Drive, is charged with two counts of felony murder. He’s being held in the Rowan County Detention without bond. His first court appearance is set for Thursday.

Police were called around 10 p.m. Oct. 8 to 611 Fifth Street in Spencer after receiving a phone call from a woman who said someone shot her family members.

Angela Walker White said a day after the murder that three men wearing gorilla masks came into the home armed with guns and made White, her daughter, Jasmine, and her brother, Junior, get on the floor.

The men were wearing gloves and camouflage, and White said asked for her son Tony by name. Two of the men walked into a bedroom where Tony was, and White heard two gunshots. The 29-year-old Tony Walker stumbled out into the living room, where he died, White said.

Junior Walker tried to defend the family and told one of the gunmen not to hurt his family. Junior Walker reached for a gun and tried to fire it, but was beaten in the head with it and then shot to death.

Tony White’s sister, Portia White, said she believed the motive behind her brother’s murder was money.

Investigators said during a press conference a day after the murder that the crime was not random and the home and the people inside were a target. The SBI and Rowan County Sheriff’s Office aided in the investigation.

Spencer Police Chief Michael James said other arrests are expected in the near future. James, along with other Spencer investigators, arrived at the Rowan County Magistrate’s Office Wednesday night with Abel. James did not provide any other details.

Abel was convicted in November 2007 of felony armed robbery that stemmed from a July 2007 incident in Virginia. He was also convicted at that time of possession of firearm by felon. He is currently on probation for that offense.

Abel did not comment to a Post reporter as he was led into the Rowan County Detention Center on Wednesday night.

At a Spencer town board meeting this week, Alderman Reid Walters said he’d like to see more foot patrols in the residential parts of town.

There were four foot patrols in September, according to police statistics.

“A number that low is concerning to me,” Walters said.

James, the police chief, said there will be more foot patrols.

“I assure you that will be done,” he said, “It’s a matter of managing resources.”

“I recognize that if we get out and we do foot patrols it increases that feeling of security,” James said.

Salisbury Police officials say their department continues the investigation into the shooting death of Aaron Phillip Vaughn, 37, who was killed early Saturday morning.

Police have released few details surrounding the shooting, which is the 10th murder of the year in Rowan County.

No arrest has been made in the Vaughn murder, but Salisbury Police Capt. Shelia Lingle said detectives are “following up some very good leads.”

Police, fire and emergency personnel were called at 1:05 a.m. to 710 Victory St., located in the West End. When police arrived they found Vaughn lying on the living room floor.

Some of the restructuring of the department included foot patrols in the West End. The police patrol was divided into a four-quadrant system, which allowed more officers on the street.

Most recently, Salisbury Police added a substation in the West End. The substation open in mid-August and is inside Hall’s Gym, 1400 W. Bank St.

Lingle said traffic into the substation has been slow, but community relations officer Reuben Ijames continues to keep hours at the location two days a week. The substation is open on Tuesdays from noon until 2 p.m. and on Thursdays from 5 p.m. until 7 p.m.

“We will still continue our foot patrols and directed patrols to cover that area,” Lingle said.

She said Ijames still gets out and talks with residents. The police coverage in the West End has not lessened, especially with the shooting, she said.

Lingle encourages residents to stop by the substation to talk with Ijames in private about their concerns or share information.

Anyone with information about the Victory Street murder or the Spencer double murder is asked to contact Crime Stoppers at 1-866-639-5245.

Local vendor to serve up deep-fried barbecue at state fair

By David Purtell david.purtell@salisburypost.com The upcoming North Carolina State Fair in Raleigh will feature some grub that has its roots... read more