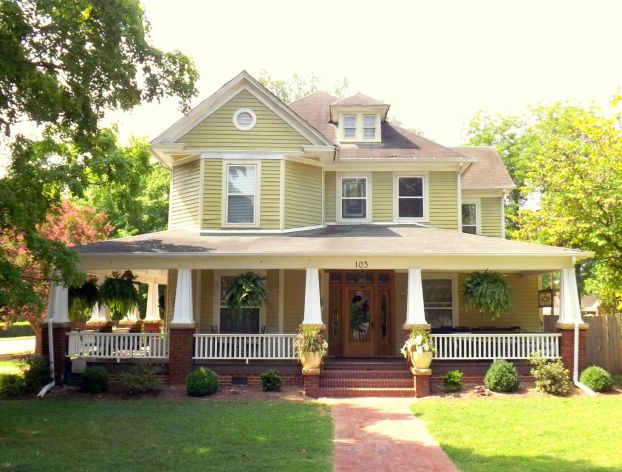 History and our sense of place

Salisbury is spiffed up this weekend for the 39th annual OctoberTour tour of homes, a project of Historic Salisbury Foundation that’s equal parts fundraiser and awareness-raiser. The nonprofit depends on ticket proceeds to fund its important work; at the same time, visitors see firsthand the viability of older homes.
Area residents associate the tour with the grand old homes in the West Square Historic District, and a few of those homes are included. This year’s tour, though, moves a great deal of the focus to Fulton Heights, the neighborhood off South Fulton Street that was once at the end of the city’s trolley line. The subdivision was developed in the early 20th century on what was then the edge of town. It was placed on the National Register in 1998.
Visitors strolling along leaf-strewn sidewalks Saturday did not look disappointed. The homes in Fulton Heights may lack the grandeur of the Hambley-Wallace House that drew throngs a couple of years ago, but houses in Salisbury’s first suburb are full of the fine details seldom found in newer construction — fine moldings, multiple fireplaces, huge porches and rock-solid construction. These are the homes of busy, growing families who are as concerned about practicality as preservation. And they have found these early 20th century homes perfectly livable.
The Post’s online survey last week asked whether readers would want to restore a historic home to live in. The results are unscientific but interesting. Forty percent said no. The people who said “yes” had two options. While 21 percent checked “Yes. They don’t make them like they used to,” another 35 percent checked “Yes, but I don’t think I can afford it.” They could be wrong about that. Like many of the city’s historic districts, Fulton Heights is strong proof that preservation can be affordable.
Preservation is part of Salisbury’s sense of place. You don’t have to live in a restored home to appreciate the fine, old structures that shape our city’s image — the Bell Tower, Salisbury Station, the Hall House and many more — not to mention the heart of downtown. OctoberTour, which started Saturday and continues today, celebrates these links to our past even as it looks to the future. The homeowners and volunteers who make it happen deserve thanks. They make Salisbury proud and remind us all that we have a lot that is not only worth saving but also very useful.

Ditto Kitty Chadwick and Kim Fahs regarding Fibrant. I am not a newcomer; however I went with Fibrant almost from... read more