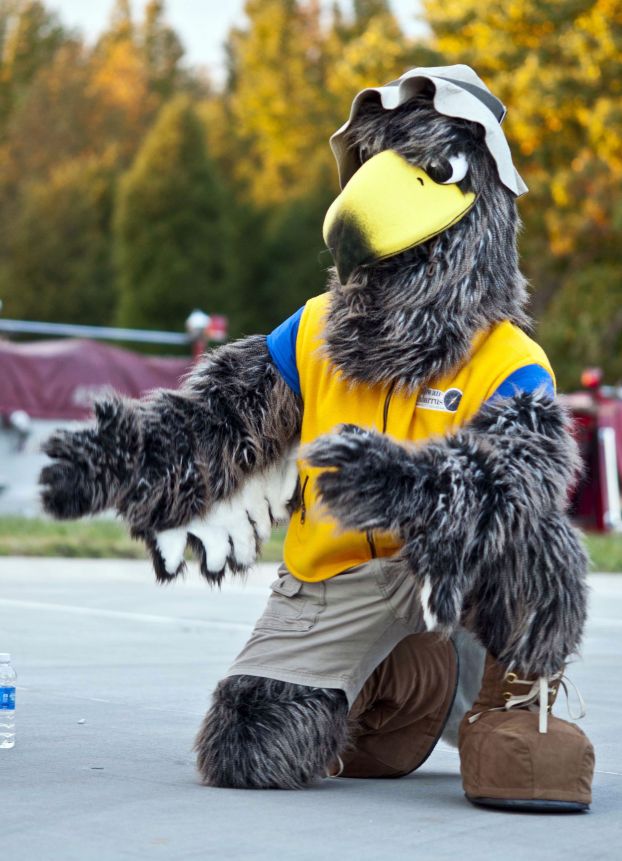 Rowan-Cabarrus Community College introduced its new red-tail hawk mascot called “The Navigator” in August.
The mascot was on hand Tuesday for the dedication of the college’s new Fire and Emergency Training Facility on the North Campus in Salisbury.
Though he has a look, the mascot doesn’t yet have a name.
The school is holding a contest for students, faculty and staff to name the Navigator through Facebook.
“It’s been really fun for all of us,” said Paula Dibley, the college’s director of marketing.
Because Rowan-Cabarrus doesn’t have athletics, many students aren’t very involved in campus life.
The goal of the Navigator, she said, is to help people to “feel more connected” like they would at a four-year college.
The Navigator’s name will be announced at Fall Fest on Oct. 18.

Dryer sheets did not disguise the smell of a large quantity of high-grade marijuana found Tuesday afternoon following a traffic... read more