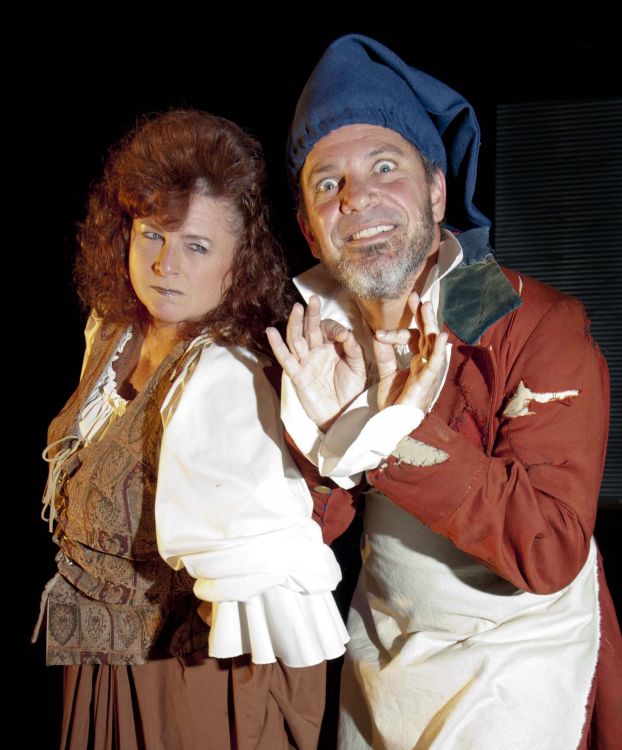 The most popular musical of all time is coming to Salisbury next weekend! For only three performances at Keppel Auditorium on the campus of Catawba College, Piedmont Players and the Salisbury Symphony will collaborate for the first time on a stage production of Les Misérables! The longest running musical of all time, Les Misérables has been popularized through numerous adaptations for the stage, television, and film, including a musical and a film adaptation of that musical. The 2012 film version, starring Hugh Jackman, Russell Crowe and Anne Hathaway, introduced this timeless classic to millions of new fans, while receiving nominations for eight Academy Award nominations, four Golden Globes (winning Best Motion Picture) and a Grammy.

THE STORY
Based on Victor Hugo’s 1862 novel of the same name, Les Misérables tells an enthralling story of broken dreams and unrequited love, passion, sacrifice and redemption — a timeless testament to the survival of the human spirit.
Set in early 19th-century France, it is the story of Jean Valjean, a French peasant, and his quest for redemption after serving nineteen years in jail for having stolen a loaf of bread for his starving sister’s child. Valjean decides to break his parole and start his life anew after a kindly bishop inspires him by a tremendous act of mercy, but a police inspector named Javert relentlessly tracks him down. Along the way, Valjean and a slew of characters are swept into a revolutionary period in France, where a group of young idealists make their last stand at a street barricade, which culminates in the June Rebellion of France.

THE PROCESS
“There has been some confusion as to whether this is just a highlight show or a concert using music from Les Mis,” says PPT Marketing Director Josh Wainright. “It is most definitely the entire production from start to finish, and it is going to be something special.”
With more than 200 actors, musicians and choir members on stage simultaneously, the PPT/SSO production, produced by Novant Health, promises to be a stage sensation. “We knew this was going to be a truly unique collaboration but we had no idea just how many different groups would contribute and how many cast members would be making their PPT debut in this show.” More than Ľ of the cast are making their Salisbury debut, with cast and choir coming from all over: Charlotte, Huntersville, Statesville, Lexington and Greensboro, just to name a few.
In addition to the cast, and a 24-piece orchestra, there will be a choir of nearly 150 comprised of singers who auditioned as well as the Catawba College Singers, Concert Choir of Salisbury and Salisbury-Rowan Choral Society.
“This is such a massive production that we have yet to all rehearse under the same roof,” explains Wainright. “Since we are performing at Keppel Auditorium as opposed to one of our theaters, we will literally go into Keppel this Friday and Reid Leonard and his crew will work round the clock to build the set, design lights, set up huge projection screens and get everything ready for the first combined rehearsal on Monday night.” Leonard and Music Director David Hagy have been planning next week for nearly two years.
Although most of the premium seats are sold out, there are still great seats available for all three performances. Due to the size of Keppel Auditorium, the performance will be projected onto two large screens, so there really isn’t a bad seat in the house.
Performances dates are Oct. 17 and 18 at 7:30 p.m. and Oct. 19 at 2:30 p.m. Tickets range from $10-$35 and are available at piedmontplayers.com, 704-633-5471 or by the Meroney Box Office from 9 a.m. to 1 p.m. Monday through Friday. Novant Health is the Presenting Sponsor. Partner Sponsors include The Post Group, Traci and Brad Williams and F&M Bank.
THE CAST
Jean Valjean: Neil Shepherd
Javert: Mark Stephenson
Marius: Alex Yost
Cosette: Laura Raynor
Fantine: Jenny Carroll
Eponine: Amy Seagle
Enjolras: Paul Reeves Leopard
Thenardier: Andy Abramson
Madame Thenardier: Robin Rogers
Gavroche: Owen Teague
Young Cosette: Allison Reid
Young Eponine: Macy Abramson
Courfeyrac/Ensemble: Peter Liuzzo
Bamatabois/Ensemble: William Ryan Wood
Joly/Ensemble: Carl Boldt
Combeferre/Ensemble: Robert Van Geons
Feuilly/Ensemble: Michael Brooks
Bishop of Digne/Ensemble: Eric Benjamin Powell
Babet/Ensemble: Josh Wainright
Brujon/Ensemble: Dennis Welch
Jean Prouvaire/Ensemble: Tim Campbell
Montparnasse/Ensemble: Christopher Barcroft
Fauchelevent/Ensemble: Joseph McGee
Student/Ensemble: Adam Broyles, Nick Culp, Marvin King
Gavroche’s gang: Micah Cross, Gavin McDaniel, Jackson Burleson, Regan Reid, Bess Bryant
Woman Worker/Ensemble: Meghan Thompson, Becky Lippard, Lydia Price, Morgan Warren, Leah Hamm, Wendy Weant, Emily Schuttenberg, Amy Prater

GRANITE QUARRY — Granite Quarry is a “ROX” star. The town, incorporated in 1901 and built around the quarry industry,... read more