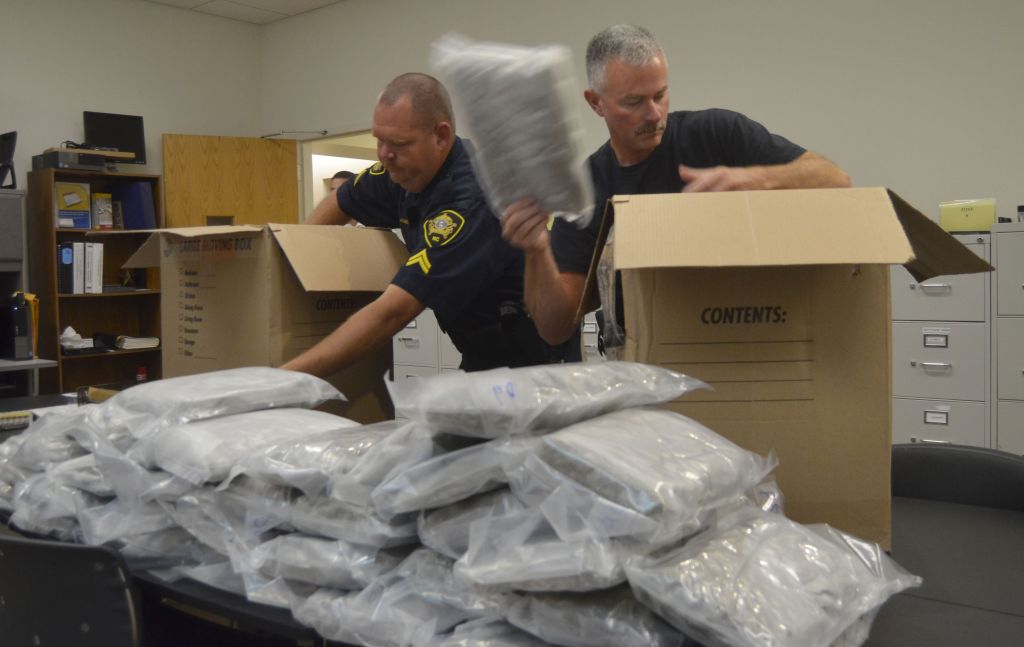 Dryer sheets did not disguise the smell of a large quantity of high-grade marijuana found Tuesday afternoon following a traffic stop on southbound Interstate 85.
Members of the Rowan County Sheriff’s Office Aggressive Criminal Enforcement Team, along with members of the Davie County Sheriff’s Office, seized 63 pounds of the drug valued at $250,000 at the 76 mile marker.
Two men — Jacky S. Kong and Timithoy Cheung — were charged with drug trafficking after they were pulled over for a speed violation, a statement said.
Kong, 59, of the 2900 block of South Haynes Court, Chicago, and Cheung, 54, of the 30 block of Hale Street, San Francisco, California, were each charged with one count trafficking marijuana by possession, one count of trafficking marijuana by transporting, one count of trafficking marijuana by manufacturing, one count of possession with intent to sell and deliver and one count of possession of drug paraphernalia.
The statement said Kong was the driver and gave officers consent to search the 2013 Toyota mini van, which was registered in New York. During the search, two large boxes were found in the back of the van and once opened officers found the marijuana inside with dryer sheets, which officials said were meant to mask the smell.
The men remain in the Rowan County Detention Center, each under a $550,000 secured bond, and are scheduled for a first court appearance today.
Rowan County Sheriff Kevin Auten said investigators just received specialized training that aided them in this arrest.