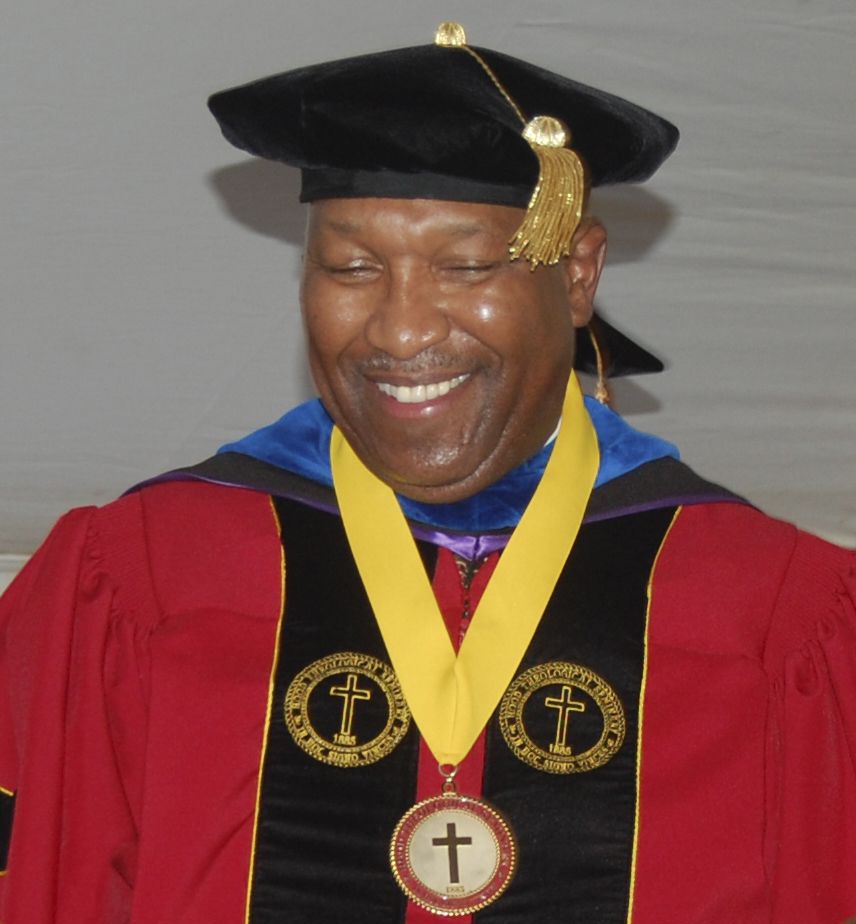 Hood Theological Seminary inaugurated a new president Thursday, Dr. Vergel L. Lattimore.
Lattimore is the seminary’s second president, and follows in the footsteps of Dr. Albert J.D. Aymer who served as the institution’s president since it obtained its independence from Livingstone College in 2001.
Community members, church and local officials and colleagues attended the ceremony at Hood Thursday afternoon. The service was comprised of reflections, charges, prayers, scripture readings and litanies, as well as an inaugural address from Lattimore.
“Seminary is the place where faith seeks knowledge and a place where the pursuit of knowledge is connected to authentic faith which is fertilized in a learning community,” Lattimore said. “Our big mission is to prepare men and women to proclaim the gospel and to further the reality of the kingdom of God on earth.”
He wrapped up his address saying, “Theological education for me involves faith seeking knowledge and embodying redemptive relationships and guiding persons to find their creative purpose and spiritual mission in life and actively advocating for peace and reconciliation publicly and privately and embracing responsibility for the quality and character for our living and finally intentionally caring with each other as members of the human family in all of the sacred spaces where we live, learn, laugh and love.”
His colleagues called him “bright,” a “servant leader” and “intellectual.”
“Hood Theological Seminary, you’re in good hands with Dr. Vergel Lattimore,” said Rev. Dr. Larry Evans, the pastor of Midway Congregational United Church of Christ.
Lattimore is a native of Charlotte, and is a 1975 graduate of Livingstone College, where he received a bachelor’s degree in social welfare. He went on to earn his Master’s of Divinity from Duke University Divinity School in 1977 and a doctorate degree in pastoral psychology and counseling from Northwestern University in 1984.
He is a professor emeritus of pastoral care and counseling at Methodist Theological School in Ohio. He formerly served as the director of the master of arts program at the school where he taught from 1990 until 2012.
From 1988 to 1990, he was the director of counseling, addiction and psychological services at Syracuse Community Health Center, Inc. Before that, he was a core staff pastoral counselor and area coordinator at Onondaga Pastoral Counseling Center in Syracuse, New York. Prior to that, he was the assistant dean of black affairs at Duke University from 1977 to 1979.
Lattimore is an elder in the African Methodist Episcopal Zion Church and was the first African American chaplain to attain the rank of brigadier general in the United States Air Force and the Air National Guard.
Lattimore is married to the former Joy R. Powell and they have three adult children.