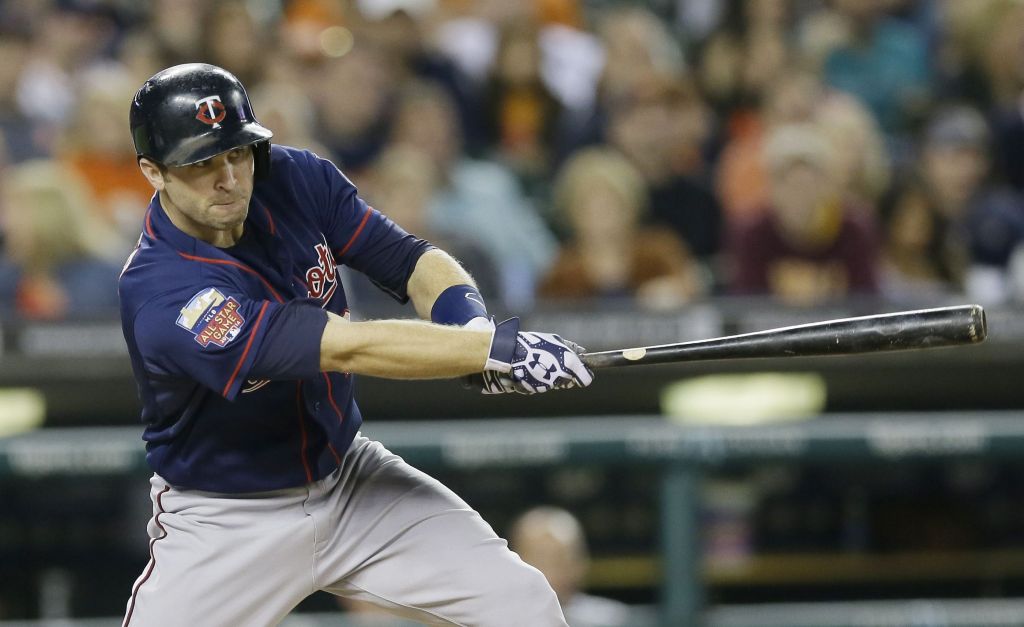 MINNEAPOLIS (AP) — The Minnesota Twins fired manager Ron Gardenhire on Monday, saying it was time for a new voice after his 13-season tenure concluded with at least 92 losses in each of the last four years.
The move was made with one season left on Gardenhire’s contract, ending the second-longest active tenure in the major leagues behind Mike Scioscia of the Angels.
“The reason for this change, I think it’s safe to say, the last couple years we have not won enough games,” Twins general manager Terry Ryan said. “That’s what it comes down to. It’s nothing more, nothing less than that.”
Gardenhire played an integral role in the franchise’s renaissance, guiding the Twins to their first of six American League Central division titles in 2002 in his first year on the job. But Gardenhire’s teams only got out of the first round once, and his postseason record was 6-21 with the last win coming in 2004.
The Twins have long been the model of stability in not only baseball but major professional sports, with only two managers over the last 28 years and two general managers over the last 20 seasons.
But all the losing of late became too much to overcome. Over the last four years, the Twins went 78-148 from Aug. 1 on for an abysmal .345 winning percentage.
“I’m gone, I’m outta here because we didn’t win,” Gardenhire said. “That’s what it gets down to in baseball. That’s what it should get down to. You have to win on the field and these last four years have been tough for all of us.”
The Twins finished this season at 70-92, making Gardenhire just the fourth manager in the game’s history to preside over at least four straight 90-loss seasons with the same team, joining Connie Mack of the Philadelphia Athletics (nine), Zach Taylor of the St. Louis Browns (four) and his predecessor with the Twins, Tom Kelly (four). Kelly returned for one more season after his streak, and he retired after an 85-77 finish in 2001.
In an era when job security for managers is seemingly measured in months, Gardenhire’s longevity has been truly unique. The outspoken and fiery Gardenhire quickly became one of the faces of the franchise, as synonymous with the Twins as the interlocking T and C on their caps. He took over for the revered Kelly, who won two World Series championships, just as the organization was starting to regain its footing after years of bad baseball.
“I feel like he’s my brother, not my manager,” said a glassy-eyed Ryan, who has known Gardenhire dating back to their days together in the New York Mets system in the 1980s.
Ryan spent some time away from the organization this year to get treatment for cancer. He said Monday that a recent physical came back favorable and that he will return to the Twins next season. Shortly after getting the good news on his health, he turned his attention to Gardenhire’s job status.
Ryan offered Gardenhire a chance to remain in the organization. Gardenhire lauded the Twins organization during the news conference, saying he “was grateful to be a part of it.” But he said he wanted to take some time to evaluate his options and still feels he has the competitive fire to be a manager.
“I would have loved to have won a World Series, but that didn’t happen,” Gardenhire said. “Maybe it’s still to come.”
Gardenhire clashed with some players over the years, but there was expectation and hope among the players that he would return.
“We as players had a responsibility to the organization, fans, and coaches to win this season,” starting pitcher Phil Hughes tweeted. “We failed.”
Gardenhire joined the organization in 1987 and was added to Kelly’s staff in 1991. His record as Twins manager was 1,068-1,039. He won the American League Manager of the Year award in 2010, the last time the Twins not only made the playoffs but had a winning record.
“As good as it gets in my opinion. Comes to the park ready to win each and every day. Kind of a players’ manager,” second baseman Brian Dozier said last week. “Always in good spirits. He knows the game better than anybody I’ve been around. I 100 percent want him back.”
The contracts of Gardenhire’s coaches were expiring, but some of them could be brought back. Bench coach Paul Molitor is sure to be considered as Gardenhire’s replacement, but Ryan’s search will spread outside the organization, too.
Ryan gave Gardenhire a two-year contract after last season, blaming himself for the roster he assembled. But this winter, the Twins spent big on Hughes and fellow right-hander Ricky Nolasco in an attempt to upgrade the rotation. Veteran catcher Kurt Suzuki was added, too, and made the All-Star team. But despite the emergence of prospects Danny Santana and Kennys Vargas, the Twins simply didn’t make enough progress to avoid a shake-up.
Nolasco’s rough debut season and Joe Mauer’s down year in the switch to first base were major disappointments, but bringing Gardenhire back for another year would not have gone over well with an increasingly frustrated fan base. Attendance in Target Field’s fifth year was the lowest for the Twins since 2004.
—