Trying to avoid a repeat 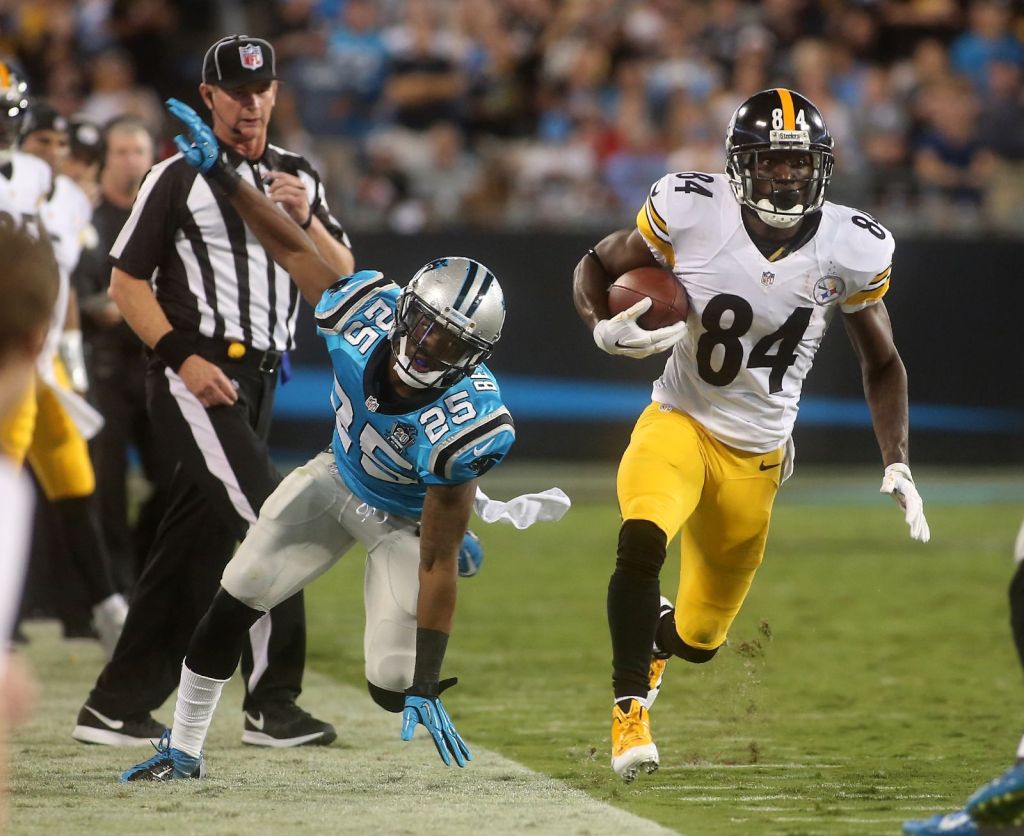 CHARLOTTE, N.C. (AP) — Defense tackle Star Lotulelei says the Carolina Panthers’ defense will be on a mission Sunday against the Baltimore Ravens.
The Panthers surrendered 264 yards rushing in a 37-19 loss to the Pittsburgh Steelers on Sunday night, a head-scratching number for a defense that finished No. 2 in the league last year and had aspirations of being the NFL’s top defense this season.
“We are just coming out to prove that we’re a better defense than that,” Lotulelei said Wednesday. “We know that we are. We want to show everybody, including ourselves, that we’re a better defense than what we just showed.”
After allowing only five teams to rush for 100 yards last season, the Panthers let Pittsburgh’s Le’Veon Bell run for 147 yards and LeGarrette Blount to rush for 118 — in the same game. It marked the first time since 2001 the Panthers allowed two running backs to gain 100 yards in a game. That’s the same year Carolina finished 1-15 under George Seifert.
Panthers coach Ron Rivera described the effort as “uncharacteristic” of his defense.
But the fourth-year coach sees the problems as correctable.
“The biggest thing, a couple of times we got knocked out of our creases and allowed the double teams to work,” Rivera said. “When that happens, you’ve got to do one of two things: hold your point a little bit better, or stay in your crease as a D-lineman. And as a linebacker, when you see that, you’ve got to get downhill now.
“And we just didn’t do that very well.”
The talk this week has been about players being where they’re supposed to be.
“The biggest thing is everybody doing their job,” Lotulelei said. “We had a lot of guys doing a little more than they need to. It was a matter of getting your job done first and then helping. Everybody was trying to make a play and sometimes that is a good thing. But it can also hurt you, too.”
The Ravens should prove to be a formidable test for the Panthers.
They not only beat the Steelers 26-6 two weeks ago, but enter the weekend ranked ninth in the league despite parting ways with running back Ray Rice, who was released after a video surfaced of the running back punching his then-fiancee in a hotel elevator.
Justin Forsett, Bernard Pierce and, most recently, rookie Lorenzo Taliaferro have filled in admirably for Baltimore (2-1). The Ravens are averaging 4.6 yards per carry.
Defensive tackle Kawann Short sees Carolina’s struggles against the run Sunday night as an anomaly rather than the start of a pattern.
He points out that the Panthers gave up 149 yards rushing against Buffalo in Week 2 before going 12-2 the rest of the season and winning the NFC South.
“Sometimes you need that to humble yourself,” Short said. “Last year, we lost the first couple games and it set us back and we knew what we were capable of being. … We know what we’re capable of this year. We have to fight and stay together.”