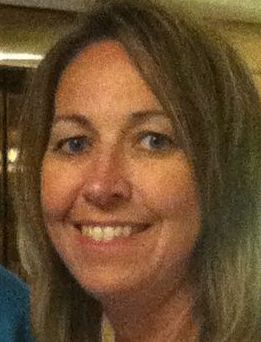 Counselors weigh in on mental illness and the Church

According to current statistics, roughly twenty-five percent of the adult American population struggles with mental illness.
“That means one out of every four Americans suffer from some kind of mental illness,” says Dawn Franks, director of the Counseling Center at Concord, “and many of those never seek help or treatment.”
Illnesses like depression, anxiety and schizophrenia are a daily reality for millions in today’s society. Yet there has long been a stigma placed on mental illness that has kept many institutions silent on the issue. “Part of the problem is lack of knowledge and avoiding something we can’t see or understand,” explains another counselor (who wished to go unnamed). She and Franks emphasize that mental illness is an illness among illnesses, right alongside diabetes and no more a cause for shame. Yet it can often be difficult to understand and accept as such.
The Christian community has not gone unaffected by stigma. When asked about changes in church attitudes, Franks observes that historically the church tended to overlook mental illness, either ignoring what they could not understand or approaching this medical issue as a spiritual problem.
However, Franks and her colleague see a positive trend in the Christian community’s response to mental illness. The Counseling Center at Concord was established by the Cabarrus Baptist Association to serve members of the community. Its staff, all licensed professional counselors, work with individuals of all ages struggling with problems ranging from depression and trauma to addiction and family problems. “The Association saw the need for professional counseling services to be offered not only to members of churches in the association, but also to the community at large,” Franks comments. “I believe this speaks volumes to the validity and acceptance of mental illnesses and the need and desire to help people find appropriate treatment in the context of a Christian setting.”
She also cites other evidence of the Church’s growing ministry to those with mental illness. Many churches now have professional counselors among their staff, and a number of Bible study leaders and Christian speakers address faith and mental illness.
Another noteworthy example of the growing Christian awareness was the Gathering on Mental Health and the Church this past March. Led by well-known pastor Rick Warren, whose son struggled with illness, the gathering sought to educate churches and families and offer hope to those with illness.
“[Warren] recognizes that, ‘I’m not okay, you’re not okay, but that’s okay because God’s okay,’” Franks says.
When asked how churches and individuals can improve their ministry to people with mental illness, Franks emphasizes education and compassion. “The more we talk about it and educate people, the more likely they will seek treatment,” she explains. It’s also important to “simply be there” for individuals with illness and their families. This can mean directing them to services, performing acts of kindness, seeking to understand what they are experiencing or simply being present. “We may not understand what’s going on in their world, but our presence can make a difference,” she asserts.
Franks’ colleague gives a personal example that underscores this point. A loved one struggled with paranoid schizophrenia, a struggle made worse by misunderstanding and denial in the family. When befriended by a pastor’s wife, however, she was able to function well and even taught preschool Sunday school. “She was able to feel needed, loved and of significance to this individual and the children she encountered,” the counselor observes.
Both counselors cite biblical commands to “lov[e] one’s neighbor as oneself” and to “clothe yourselves with compassion, kindness, humility, gentleness and patience.” Here, as in any other difficult life circumstance, the Bible stands as an important source of guidance and encouragement.
Reflecting on the topic of hope in the battle with mental illness, Franks points to Christ. She shares Rick Warren’s words to a 40-year-old man suffering from schizophrenia:
“Your chemistry in your brain is not your character, and your illness is not your identity. You are a follower of Christ who struggles with mental illness, and your struggle does not define you. Jesus defines you.”
“This,” she says, “is what brings freedom and hope to someone struggling with any illness in their life.”

Cool temperatures have arrived just in time for the county fair. Leaves will be falling soon and with the extremes... read more