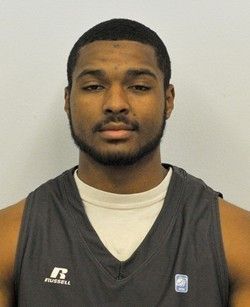 Thomas will be honored by NCAA

Livingstone announced that former basketball student-athlete Mark Thomas has been chosen to receive one of the NCAA Today’s Top 10 Awards.
The award will be presented t o Thomas Jan. 16, in Washington, D.C., at the Gaylord National, during the NCAA Convention.
This is the first time in history a player from a HBCU has been elected for a nomination of this stature
The NCAA Today’s Top 10 Award recognizes student-athletes who completed their careers in 2013-14 for their successes on the fields and courts, in the classroom and in the community.