Carson marks 9/11 with Meet Me at the Pole 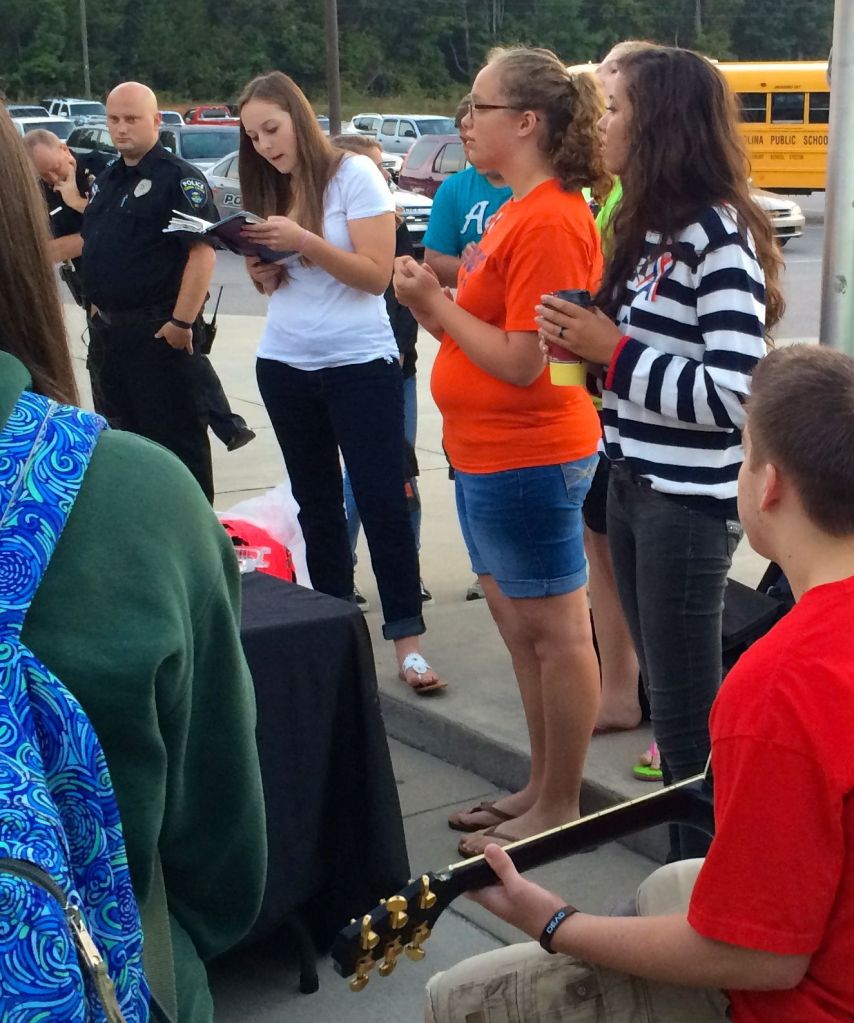 One of the most remembered days in America’s history is the tragedy of 9/11, and a teacher at Carson High School decided that it deserved to be honored on the school grounds, as well.
Mark Riley, an art teacher at the school, arranged Meet Me at the Pole, an event to honor 9/11.
Carson students, staff and local police officers met around the American flag in front of the school at 7 a.m. on the morning of Sept. 11.
As the event began, Riley and Amery Barton, a junior at Carson, passed out American flag ribbons.
The number of attendees grew when a student picked up his guitar and began to play. Megan Wyatt, Carson’s chorus teacher, led everyone in patriotic songs such as “America the Beautiful,” “God Bless America” and others.
The event was closed with a group prayer.
This is the second year Riley has hosted this event at Carson High School. He says he plans to continue it every year in honor of those affected by 9/11.
Riley vividly remembers the day terrorists attacked America.
He was in a classroom at West Rowan High School and watched the news silently along with everyone else in the room.
Wyatt said she was in New York City two months before the tragedy occurred.
Abby Cozart, a senior at Carson, was watching cartoons the morning of 9/11. She remembers the news interrupting her show to tell about the event.
Amery said she comes to Meet Me at the Pole every year to respect the lives taken on that tragic day.
Peyton Rodgers is a junior at Carson High School.