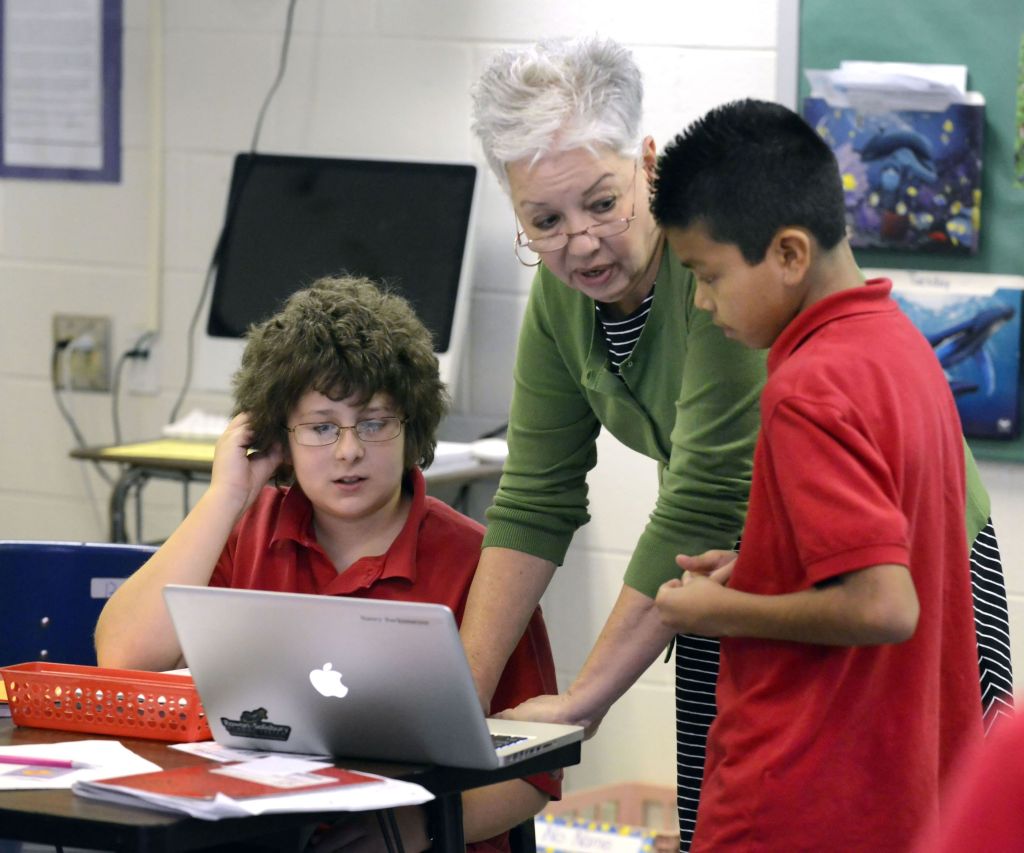 Preteen angst and insecurity give the middle school years a bad reputation, but Rowan-Salisbury Principal of the Year Nancy Barkemeyer has a different perspective.
“I love middle school kids,” she said, adding that she enjoys how energetic and funny they are.
They get your jokes, want you to like them and have their own unique personalities, she said.
Barkemeyer loves middle school students so much that she’s spent eight of her 15 years as a principal at West Rowan Middle School.
Her desire to be an educator is rooted in her family heritage – Barkemeyer’s grandmother taught in a one-room schoolhouse in rural Alabama.
“I wanted to be a teacher because my grandmother was a teacher,” she said.
Barkemeyer was born and raised in Birmingham, Alabama, and received her degree in English from Samford University.
After college, she moved to rural Mississippi and taught eighth-grade social studies in a very small town.
Poverty was an epidemic, and many of her eighth-grade students were unable to read.
“It was a very hard job,” Barkemeyer said.
Her experience inspired her to pursue a master’s degree from Mississippi State University in reading with a concentration on remedial reading.
During that time, she taught adult reading at a local community college.
“That was one of the most rewarding things I ever did,” she said. “I felt like they had been cheated.”
As her husband climbed the corporate ladder, their family moved around and Barkemeyer taught in Alabama, Mississippi and Tennessee.
“When we came to North Carolina, I was still in the classroom, but I then went back to school,” she said.
Barkemeyer earned her master’s degree in school administration and a specialty degree in curriculum from Winthrop University.
After graduation, she took a position as a curriculum coordinator for Charlotte-Mecklenburg Schools, and then became an assistant principal.
Barkemeyer took a principal position in Cabarrus County, then moved back to Charlotte-Mecklenburg for another principal position.
Eight years ago, she made the move to West Rowan Middle School
“I’ve been in different kinds of schools — different settings,” Barkemeyer said, adding that she made the move to the Rowan-Salisbury School System to be in a place that was the “right fit.”
“This district is — and was — poised to do great things,” she said.
West Rowan Middle School is the perfect size, according to Barkemeyer, who said it’s small enough that she can get to know many of the students and they have a sense of place.
“West Middle School is a community school. Families have sent their children here for a long time,” she said.
Being a principal is difficult, different and rewarding.
“It’s fun,” she said. “Nothing’s ever the same.”
“There’s always something that I feel needs to be done,” she said, adding that she always has a sense of urgency and purpose. “There’s no down time, and I like that.”
Roughly half of Rowan-Salisbury’s principals are within their first two years with the district, but Barkemeyer said the changes to policy and the district are a “great equalizer.”
“We’re swimming upstream together,” she said. “It keeps us fresh, it keeps us energized and it keeps us moving.”
The honor of Principal of the Year is voted on by all of the district’s principals.
“It’s a huge honor to be recognized by your colleagues,” Barkemeyer said.
Barkemeyer has been married to her husband, Eric, for 42 years. Their daughter, Julie, is an attorney in Washington, D.C. Their son, Rich, just got out of the Army and is working on his master’s degree in psychology in Arizona. He wants to work with veterans who have Post Traumatic Stress Disorder.
Barkemeyer said she learned a lot about being a principal through Rich.
“I think being his mother made me a better principal,” she said.
He wasn’t motivated and didn’t do his homework.
“I never really understood before,” she said.
Now, she has a deeper appreciation for personalizing school for each student.
It’s a challenge digital development will help with, she said.
Barkemeyer is a voracious reader and loves working in her garden and refinishing junk furniture.
“I love to go to the library. I love to go to the bookstores and just look at all the books,” she said. “My love of reading is probably why I love school.”