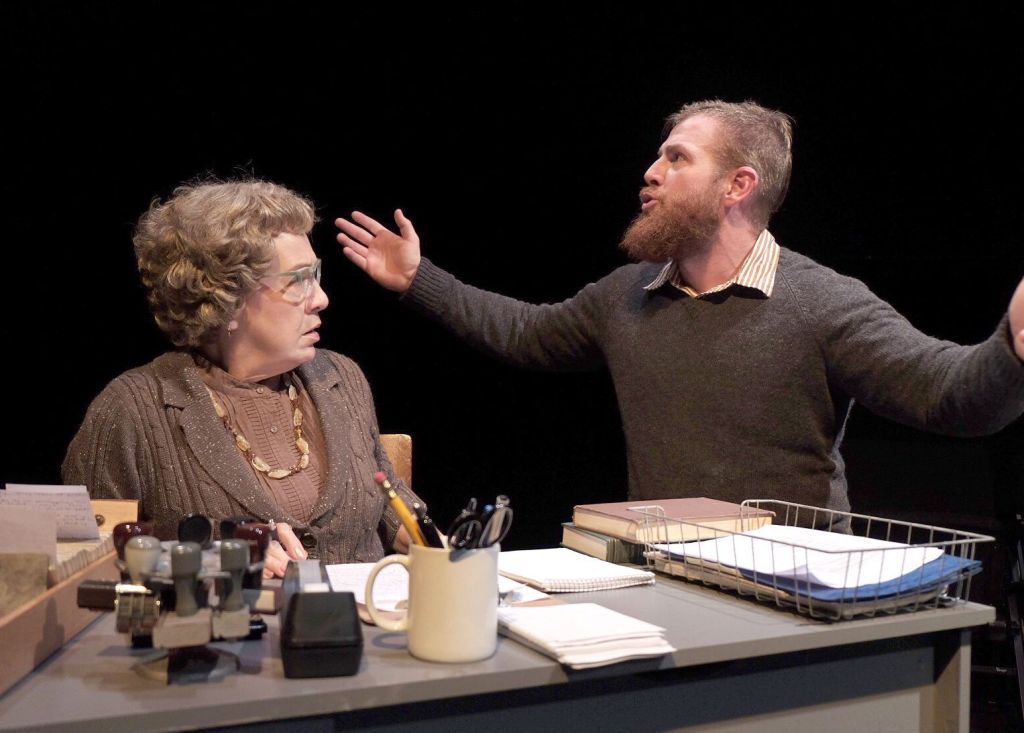 Dedicated to producing new works, Lee Street theatre will open its Original One-Act Play Festival this Thursday. The festival will also feature three directors new to Lee Street theatre.
The plays being presented are “Walt Grace” by Andy Rassler — directed by Heather Wilson-Bowlby, “Handsome Devil” written and directed by Jason Roland, and “Do Us Part” by Rob Smith — directed by Doug Stauter.
Having a place to produce new works is good for the playwrights as well as the audiences. “The audience can enjoy several different shows in the same time (and same price!) of one full length play,” says Roland, who is directing his own “Handsome Devil.” “Having worked on new plays at Lee Street theatre before, I totally understand how having my first fully staged production here is beneficial.”
“I’m curious to know when people are laughing,” said Smith, Catawba alum and writer of “Do Us Part,” who said his inspiration for the play came from an episode of Family Guy. “What I think is funny in my head may not be funny in reality, so anytime the show can get up in front of an audience it is a good thing.”
“One of the things I love about theatre is everyone gets to have their own experience.”
From a man chasing impossible dreams to a ghost revisiting her heartbroken fiance, the three plays will tell vastly different stories at only 35 minutes each. Join us Lee Street theatre and see which play is your favorite.

SPONSOR: Sidewalk Deli
COVER PHOTO by Staton Carter: Seth Labovitz, Becky Porter, and Nick Bishop in “Handsome Devil” by Jason Roland
But wait — that’s not all!
Coming soon from LSt:
Murder at the Mansion
The second Lee Street theatre Murder at the Mansion Murder Mystery Dinner Theatre Fundraiser takes place Oct. 29 through31 at 7 p.m. at the home of Bill and Shari Graham.
Enjoy a cocktail and dinner event while being entertained with a murder mystery show.
This year’s theme is “The Great Gatsby” and guests are invited to dress accordingly.
Seating is limited each evening. Reservations require a $150 donation per person and can be made by calling Lee Street Theater at 704-310-5507.

Comedy Fest with Kevin McDonald
Two nights only: Oct. 24 and 25 at 7:30 p.m.; tickets $17 plus tax.
Standup comedy from Butch Hudson, Johnny Millwater, Will Jacobs and headliner Kevin McDonald from “Kids in the Hall.”
The event will be hosted by Cale Evans and the second act of the show will feature improv with Now Are the Foxes as well as McDonald.
Comedian, actor, writer and director Kevin McDonald founded “The Kids in the Hall” with friend Dave Foley, and has appeared in TV and Films such as “Lilo & Stitch,” “That ‘70s Show,” “Seinfeld,” “Friends” and many others.
McDonald will also teach a seven-hour intensive comedy class on Saturday, Oct. 25 from 10 a.m. to 5 p.m. Admission is $150 per student with very limited space.
Tickets are on sale now at www.leestreet.org or call 704-310-5507.
To sign up for the comedy class, call 704-310-5507.