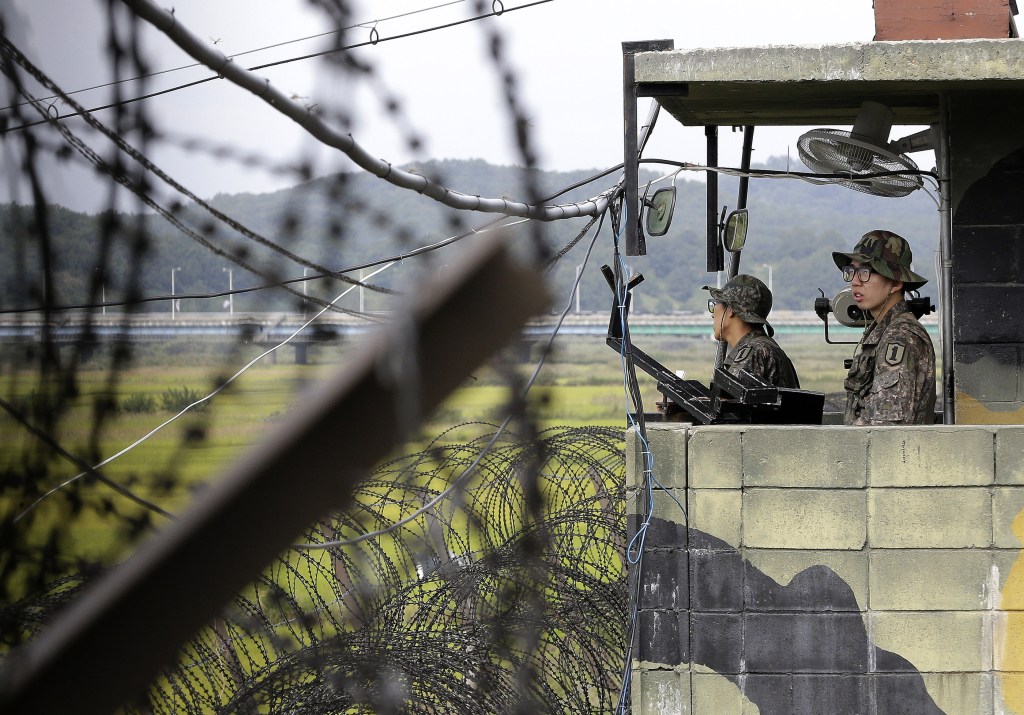 Your daily look at late-breaking news, upcoming events and the stories that will be talked about today:
1. WHAT U.S. LAWMAKERS ARE READY TO OK
The House is set to approve Obama’s plan to order training and arms for moderate Syrian rebels in a bid to combat the Islamic State group in Iraq and Syria.
2. OBAMA CALLS EBOLA GLOBAL SECURITY THREAT
The president intends to send up to 3,000 U.S. military personnel to West Africa and the government could end up devoting $1 billion to containing the disease.
3. GAZA WIDOW OFFERS INSIGHT INTO WORLD OF SPIES
The woman’s account to the AP of collaborating with Israel gives rare insight into the secret espionage side of its war with Hamas.
4. WHY AMERICANS ARE LURED TO NORTH KOREA
The air of hostile mystery surrounding the country is one thing that has inspired several U.S. citizens to try to cross its heavily militarized border.
5. WHO KEEPS CLOSE WATCH ON SCOTLAND
Quebec’s separatists are keen to find out if the Scottish independence movement has learned from their failed attempts to break away from Canada.
6. BIG BREAK IN PENNSYLVANIA AMBUSH PROBE
Inside the suspect’s abandoned SUV, investigators find evidence they say ties him to the shooting that killed one trooper and critically wounded another.
7. SEN. RUBIO ADOPTS ROLE OF FOREIGN POLICY HAWK
The potential Republican presidential candidate is set to deliver a major national security speech in which he is expected to call for increased defense spending.
8. TAKE IT EASY ON THE WEED
This is what Colorado pot shoppers are being told in a new ad blitz which aims to reduce overconsumption of pot and overcome stoner stereotypes.
9. HARLEY-DAVIDSON CULTURAL ICON TO BE AUCTIONED
It is estimated that one of the most recognizable motorcycles of all time will bring between $1 million and $1.2 million at its Oct. 18 sale.
10. VIKINGS PLACE ADRIAN PETERSON ON EXEMPT LIST
The move will require the star running back to stay away from the team while he addresses child abuse charges in Texas.