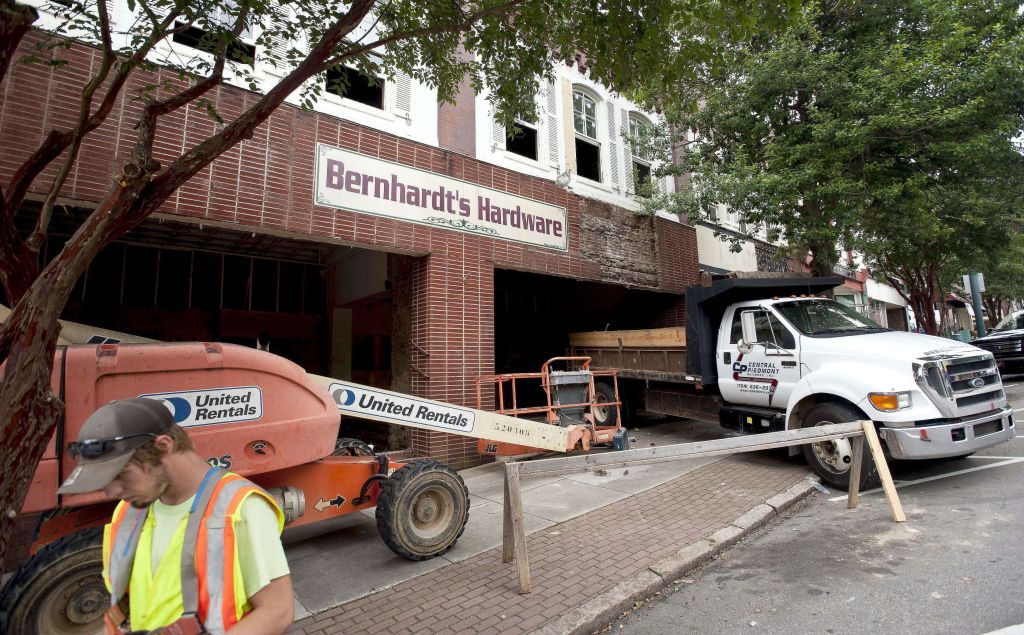 1. Renovations began this past week on the former Bernhardt Hardware store on North Main Street in Salisbury. Which of the following is not true about the project?
A. It will qualify for state historic preservation tax credits
B. It will be eligible for downtown grant incentives
C. It will have upstairs apartments and a first-floor restaurant
D. It will take five years to complete

3. The Livingstone College vs. Virginia University of Lynchburg football game in Salisbury Sept. 20 will be the first-ever what?
A. West End Classic
B. Night football game at Livingstone’s Alumni Stadium
C. Game in which tackling will not be allowed
D. Game for which the Livingstone Band does not perform
4. Along South Salisbury Avenue in Spencer, there’s a wide expanse of land, including a hollow, that’s been encased in kudzu for many years. How is the town trying to get rid of the kudzu?
A. By staging volunteer clean-up days on Saturdays
B. By bringing in a herd of goats
C. By using Roundup
D. By counting on Boy Scout troops from across Rowan County

6. Who is the new chairman of the Rowan County Democratic Party?
A. Valeria Levy
B. Mac Butner
C. Geoffrey Hoy
D. Leda Belk

8. What has been banned in Spencer’s historic district?
A. Outside dog kennels
B. Pink houses
C. Any structure over two stories
D. Mailboxes on the curb

9. The Rowan County Cooperative Extension will offer a seven-month program in January called what?
A. How to Start a Farmers Market in Your Community
B. Southern Piedmont Farm School
C. How to Start Your Own Landscaping Business
D. The Fun Way to Quilt

10. Which Rowan County voter registration category has seen the most gain since 2012?
A. Democrat
B. Republican
C. Libertarian
D. Unaffiliated

ANSWERS
1. D. The complete rehabilitation of the old Bernhardt Hardware is expected to take about a year-and-a-half.
2. C. The $17.4 million cost apparently is less expensive than trying to renovate the existing Knox Middle School.
3. A. The first annual West End Classic is a collaboration among Livingstone College, the city of Salisbury and members of the West End Pride and West End Community Organization.
4. B. The goats will be in Spencer another week or two before leaving and returning next year during the peak growing season for kudzu.
5. C. The road closing associated with the West Innes Street bridge replacement had turned a 60-second commute to class into a 15-minute journey, according to Norris, so she was elated to have the bridge open again.
6. C. Hoy is a retired Lutheran pastor and Wisconsin native who moved to Rowan County in 2009.
7. B. Gildan officials say they have started an “internal investigation” into causes of the noise.
8. D. The Spencer Board of Aldermen approved changes in town ordinances that will ban curbside mailboxes in the historic district and along Salisbury Avenue from Jefferson Street south to 17th Street.
9. B. The Southern Piedmont Farm School teaches new farmers and those in transition the business aspects and various farming operations within North Carolina.
10. D. The number of unaffiliated voters in Rowan County has increased by 2,433 people since 2012.