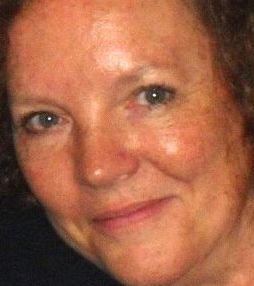 I am happy to announce that we are the proud owners of a new toaster. After quite a few years of sticking a coffee spoon into the side to push the lever down in lieu of a broken handle, we finally made the big splurge. One of our daughters wisely commented that with our luck, the placing of a metal object in the toaster was not our wisest move. Let’s just say that the odds are not ever in our favor.
Our new toaster is handsome with strong springs. Bread leaps forth with a flourish. I’ve begun walking away, busying myself with other breakfast duties, rather than peering over the top waiting on the poppage. Like a kid watching a jack-in-the box, though I know what is scheduled to happen, for some reason I am always startled. So much so that I fear one day having the toaster listed in some portion of my obituary. That would be ironic considering all the near misses survived with the old “just use a spoon handle but don’t stick it in too far” toaster.
Yep. He’s a beauty. He even has a bagel button. I pushed it one day just to see what would happen. Of course I walked away. In the back of my head there is still a creepy clown down there just waiting to burst forth and scare the life out of me. So tra-la-la-la-la… I’m not looking… I’m frying an egg… BAM!
Oh good grief. Now I need to change pajamas.
I really hate surprises. We used to buy those very convenient canned biscuits. I baked all kinds of goodness with them, like fried apple pies that Grandma Pittman used to make. Or monkey bread with the cinnamon and sugar yumminess.
But no more. Sigh. For canned biscuits cannot be trusted.
Apparently whacking the can on the side of a kitchen counter was deemed too physically taxing. Now they’re conveniently designed so that when one pulls the silver tab the biscuits pop out of there like a man out of a cake! No wait… where did that image come from?
What I meant was, like a balloon bursting at a kid’s birthday party. That’s right. Like a balloon bursting… at a kid party.
Scary.
I always drop the biscuits on the floor. So no more canned biscuits.
But that’s okay. I have a new toaster. And he’s handsome.
A little scary…
But handsome!
Lynna Clark lives and writes in Salisbury.