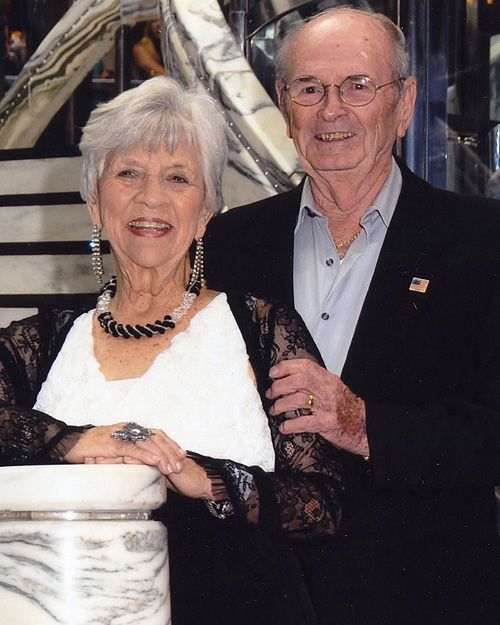 James “Jim” Nichols and Daisy Nichols of Salisbury celebrated their 65th wedding anniversary Sept. 11, 2014. They were married Sept. 11, 1949, at First Baptist Church in Mocksville by the Rev. E.W. Turner. Jim retired from State Farm Insurance Agency after 37-1/2 years of service. Daisy worked for Normans of Salisbury for 28 years. Their children are Cathy Wilson (Stan), Chapel Hill; Carl Nichols (Jane), Mooresville; and Camille Butner (Steve), Salisbury. They have six grandchildren and two great-grandchildren.
The couple celebrated in mid-June with a 4-day trip to Charleston, S.C., which was followed by a 5-day cruise to the Caribbean where they were accompanied by 19 family members, including their children and spouses, grandchildren and spouses and one great-grandchild. They were also honored by their children and spouses with a dinner and play in Greensboro on Saturday, Sept 13.
High school sweethearts, the couple remembers everyone saying they were too young. Their response: “Look at us now!”