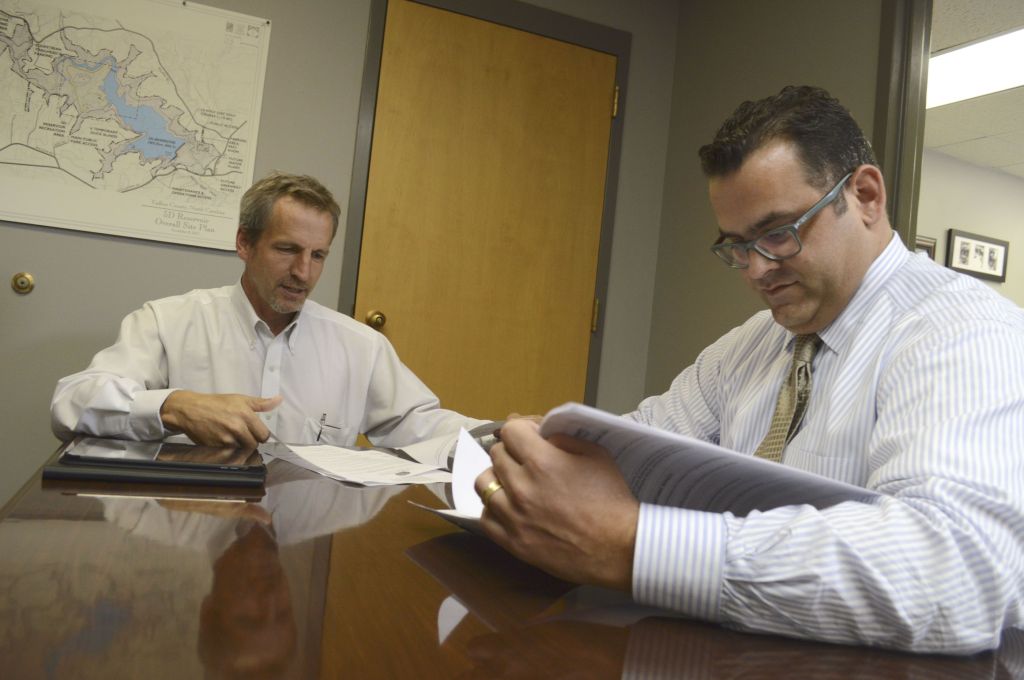 YADKINVILLE — Aaron Church wasn’t initially sure if local government was the best career choice, but after several years of experience, he wouldn’t have it any other way.

Church’s resumé includes a stint as deputy manager for Yadkin, a position he says served as a trial run before assuming his current position.

He was also a district representative for U.S. Rep. Virginia Foxx, R-N.C. in Winston-Salem while working on a graduate degree. He said the experience of working in the district office was the deciding factor when choosing to go into local government.

“I never dreamed that I would be working for a member of Congress; it just happened,” Church said. “I’m glad it did, but I know now that being in local government is all I ever wanted to do. Local government has an effect on everybody.”

He worked as an intern for Foxx before she was elected as a U.S. representative. Once she was elected, he worked full time as he completed a Master’s degree in public administration.

Church says plenty of work still remains in Yadkin County before he departs in a few weeks, but he’s already accomplished quite a bit.

“Pretty much from day one, I’ve work just as hard as I would on the last day,” Church said. “If you’re not working hard, it won’t be long before you can see the effects.”

Some of Church’s hard work includes completing the Hood-Chamberlain dam, which began in the early 1950s and had a price tag of about $22 million.

The dam formed a lake from South Deep Creek and will soon be surrounded by a park, which is currently under construction. The park will be one of the few local-government-owned parks in the state where duck hunting is allowed, Church said.

“Our commissioners wanted something unique,” he said.

The dam and park are causing excitement in the community, he said.

“There are some people that have already bought boats that never had boats before,” Church said.

He joked that new jails can often result in commissioners or county managers losing their jail, but Church also touted a jail expansion that brought Yadkin County jail’s total capacity to 98 inmates.

With two major projects and multiple years of experience under his belt, Church comes highly recommended from Yadkin County Board of Commissioners Chairman Kevin Austin and .

“It’s been clear to Aaron what this board’s goals have been and has done a fantastic job of making those goals into reality,” Austin said. “He’s pretty well done about everything. I can’t think of any shortcomings or areas where he’s lacking in talent.”

Austin was on the Yadkin County board when Church was hired. Austin said Church’s hiring only came after a thorough deliberation of several quality candidates. Austin said the final vote to hire Church as Yadkin County’s manager was unanimous.

“He has the rare ability to see projects from lots of different angles,” Todd said. “He’s not neccessarily a cheerleader. He will take projects the way that they need to go.”

When Church starts as Rowan County’s manager on Oct. 1, he’ll earn an annual salary of $125,000. Church will spend about two months with the current group of county commissioners before the Nov. 4 general election results in three new commissioners. The only two remaining commissioners will be Mike Caskey and Vice-Chairman Craig Pierce, whose terms expire in two years.

Church said he didn’t remember where he originally found out about Rowan County’s opening for a county manager. He said it was either an email or posting on the North Carolina Association of County Commissioners’ website. About a month after submitting the application, Church said he received a phone call from Rowan County Board of Commissioners clerk Carolyn Barger, saying Church had been selected for an in-person interview.

“After the interview, I felt positive and hoped I would get an opportunity, but you never know,” Church said.

Unlike the Yadkin County commissioners, Rowan County’s vote wasn’t unanimous to hire church. The vote was deadlocked at one point, with two for Church and two for Chad Mitchell, a commissioner whose term expires this year.

In a previous interview with the Salisbury Post, Pierce said he voted for Mitchell as the county manager, but Pierce wouldn’t say who the other commissioner was.

Mitchell said he excluded himself from the hiring process because he was a candidate.