Wood tackled everything in sight 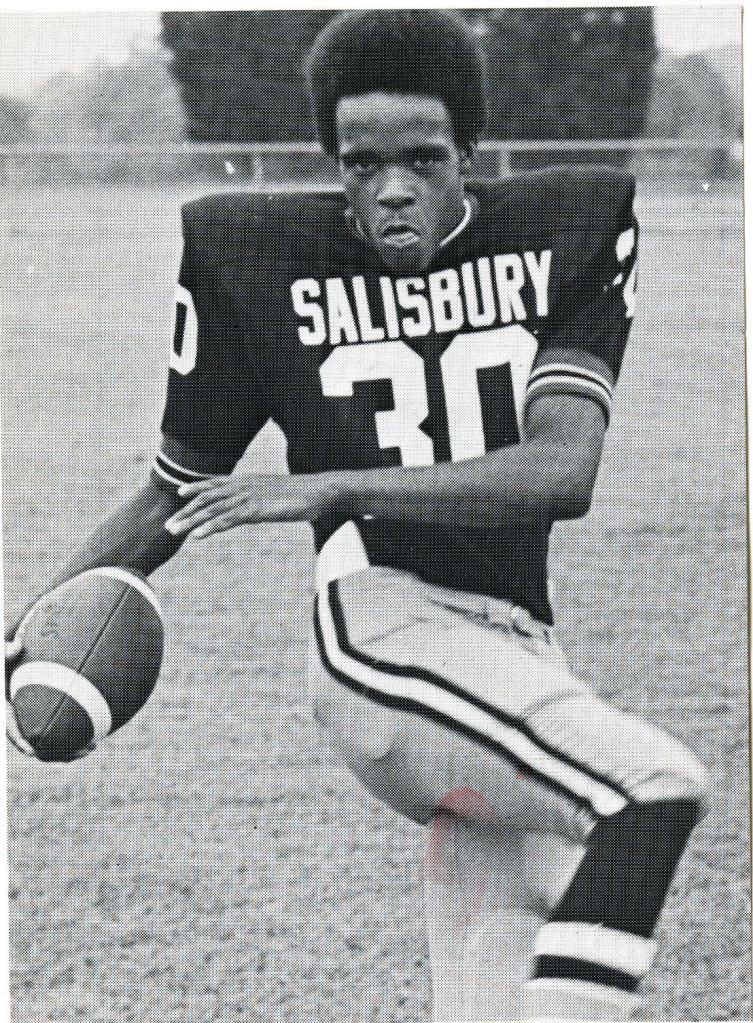 SALISBURY — The state record book for football doesn’t include a section on tackles. If it did, Ronnie Wood, who starred at safety for the Salisbury Hornets in the 1970s, would be in there.
He might be in there for tackles in a career, and he might be in there for tackles in a season. As far a tackles in a game, he’d definitely be in there. He had 32 one night against A.L. Brown.
Wait. Thirty-two tackles in one night?
“Thirty-two,” Wood said quietly. “I probably led the team in tackles all three years at Salisbury, but that game with Kannapolis my junior year — that’s when I had the most.”
That was a big South Piedmont Conference game in October 1974 because the Wonders came in 5-0-1 and were in first place. Salisbury, which had lost to Concord, was 5-1.
The SPC was an especially tough league. Seven of the nine teams — Salisbury, Thomasville, A.L. Brown, Statesville, Asheboro, Concord and Lexington — were good that season and they beat each other up every Friday.
Salisbury’s wishbone offense was normally potent, but quarterback Mike Cansler and halfbacks Kevin Moss, Pete Hardin and Tom McDaniel all limped into that game against the Wonders with ankle or knee injuries. Fullback Leonard Atkins was the only healthy guy in the backfield.
“Kannapolis had a great quarterback — Terry Cunningham — I thought he and Concord’s Tracy Andrews were the two best that I played against in the SPC,” Wood said.
Wood is reluctant to talk about that 32-tackle game — he tackled Cunningham a lot, as well as backs Donald Fortson and Vernon Grier — because the banged-up Hornets lost it 7-6. When you lose, it really doesn’t matter how many people you tackled.
Games could end in ties in that era, and Salisbury coach Pete Stout made the call for a two-point conversion with three minutes left after the Hornets scored their touchdown. The Wonders stopped a running play. Asked if he regretted the decision, Stout said, “You’re never wrong when you’re going for a win.”
It was a different era. Teams ran the ball a lot more than they do now. The Hornets employed a six-man front — two ends, two tackles, two guards. That 6-2-3 defense did what it was supposed to do. Salisbury lost four games in Wood’s three seasons.
“Pete Stout was a good leader and Charlie Little was a good defensive coordinator,” Wood said. “They were strict men, but they were good men, and we played as hard as we could for them.”
Wood wanted to tackle people so badly that he alarmed his own teammates. Danny Winecoff, one of the Hornets’ linemen, talked a few years ago about how he could feel Wood, the deepest defender, coming right up his back before the snap to get at ballcarriers.
“I’d be like ‘Ronnie, Ronnie, what are you doing — get back there,” Winecoff said.
But then Wood would make another tackle.
Wood got his athletic start playing Little League baseball, and he was lean and wiry — 6 feet, 150 pounds — by the time he reached Salisbury High. He played football, basketball and baseball for the Hornets.
As a sophomore, Wood started at safety and helped the Hornets win the Western North Carolina High School Activities Association championship. That was an overwhelming 11-1-1 team that allowed 7.2 points per game.
That team came close to going unbeaten but lost 14-13 to Lexington in the regular season. Salisbury tied Thomasville 14-14 in the regular season but then destroyed the Bulldogs 52-0 in the SPC championship game. Salisbury beat Mooresville by 30 in a meeting of the South Piedmont and North Piedmont conference champions. Then it shut out Watauga 13-0 for the WNCHSAA crown.
“All I remember about the championship game is that the governor of North Carolina (Jim Holshouser) was from Watauga and he came to Salisbury to watch it,” Wood said.
Holshouser left unhappy.
The 1974 Hornets recovered from that loss to A.L. Brown, got healthier and repeated as WNCHSAA champs with an 11-2 record. They allowed 6.0 points per game.
There were two 7-6 wins against Thomasville that season — twice Salisbury’s defense stuffed two-point conversion attempts — and there was a memorable WNCHSAA finale. Salisbury beat Shelby 14-3 after trailing 3-0 most of the game.
Wood was third in the voting for Rowan County Defensive Player of the Year in 1974 (behind Winecoff and East Rowan’s Walter Sifford), and he was a runner-up to Lexington QB Rick Sommers in the voting for conference player of the year.
Wood was even better as a senior in 1975, but even with an 8-1-1 record, Salisbury finished third in the SPC behind Concord and Lexington and didn’t make the WNCHSAA playoffs. Wood was All-SPC and co-Defensive Player of the Year for Rowan County.
“I was fortunate to play on great teams and with great players,” Wood said. “Henry Caldwell, David Daniels — just a lot of great players.”
Wood played one year at Livingstone for coach Baxter Holman, but his college career was brief. He had a family by then, and it was time to go to work.
He coached quite a bit after his playing days, taking AAU basketball teams all over the country.
Wood had a heart attack three years ago and he doesn’t get around like he used to, but ask anyone who played in the SPC in his era and they probably remember No. 30 flying around. That was Wood.
“As far as all those tackles, I guess it was just heart,” Wood said. “People said I played the game with heart.”