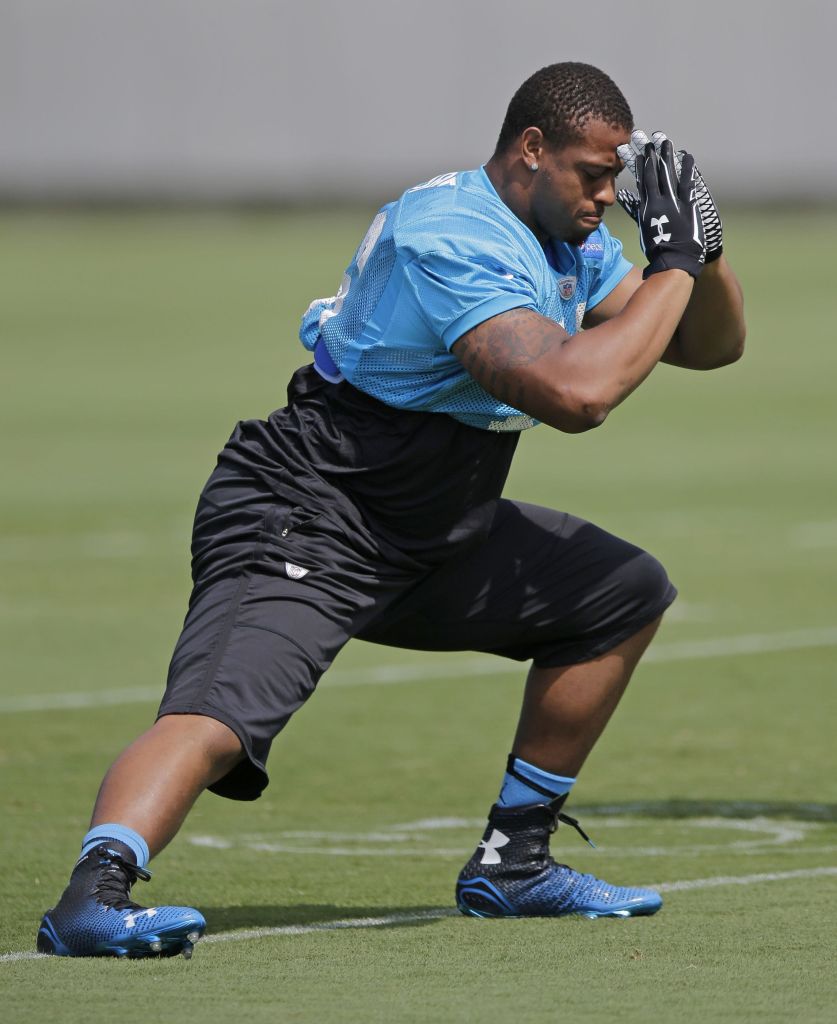 CHARLOTTE, N.C. (AP) — Panthers defensive end Greg Hardy returned to practice Thursday, one day after being excused from work to meet with his attorney.
Hardy practiced in full pads, joking with teammates during warmups as Eminem’s “Lose Yourself” blared in the background from a portable speaker on the field. Hardy didn’t not speak to the media following the two-hour workout.
The team’s franchise player was convicted on two domestic violence charges July 15 following an altercation with his ex-girlfriend at his apartment in March. Hardy has appealed and a jury trial is set for Nov. 17.
Panthers coach Ron Rivera said Hardy “practiced well” and should be ready to play in the team’s home opener Sunday against Detroit.
When asked if the issue appears to weighing on Hardy, Rivera said, “I couldn’t tell you that. The only thing I can tell is he practiced very well.”
Hardy’s attorney Chris Fialko said he met with his client Wednesday but wouldn’t say what was discussed or why it was necessary for the Pro Bowl player to miss practice.
Fialko did not immediately return calls on Thursday.
NFL Commissioner Roger Goodell was in North Carolina on Wednesday, but he did not meet with Hardy.
Carolina has followed the NFL’s lead in not suspending Hardy until the legal process is finished.
While Hardy retuned to work, two key offensive starters — tight end Greg Olsen and running back DeAngelo Williams — did not practice.
Olsen left practice just as it was about to begin to be with his 2-year-old son, T.J., who has been battling heart problems since he was born. The team took a knee at the start of practice and said a prayer for the young boy.
Williams was held out with a sore calf.
Rivera is hopeful both will play on Sunday.