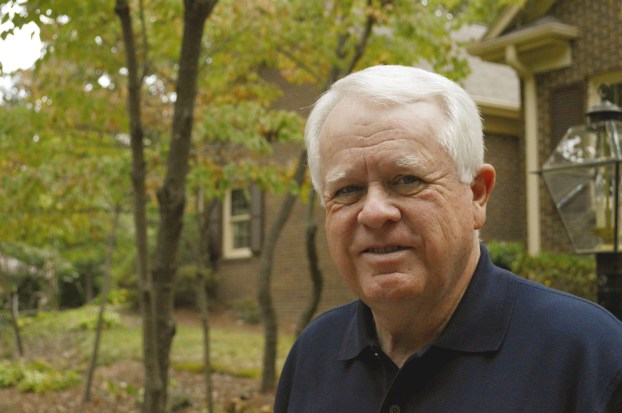 Editor’s note: This is the first in a series of articles on the candidates for Rowan County commissioner, their priorities and their stands on specific issues. The Post plans to run the articles each Tuesday and Thursday.
By Josh Bergeron
josh.bergeron@salisburypost.com
After running twice before, Gene Miller changed up his strategy in a 2014 bid for county commissioner as an unaffiliated candidate.
Miller is a Rockwell native and East Rowan High graduate. Now retired, he previously worked in the banking industry before moving into education.
Though he’s a Republican, Miller is running independent of a party in 2014. Miller says his top two concerns are job growth and improving Rowan County’s public education system.
He said financial incentives aren’t the only way to lure new industry to Rowan county, as infrastructure improvements could also help attract new business.
“The first thing people are going to say is that the county commissioners can’t create jobs, which is a fact,” he said. “But, you can, as a county commissioner, create an environment in which people can come to work here.”
When describing education concerns, Miller said the commission could be more supportive and friendly toward the Rowan-Salisbury school system.
“In past years, the commissioners have seen fit to cut the funding to the school system and I think we can do a little better,” he said. “The general consensus is that the county and the school board do not get along. I know I will just be one of five people, but I can help change that; I’m 20 percent of that board.”
His experience in education started shortly after receiving an undergraduate degree from Appalachian State University. He taught for a brief period at East Rowan High, but left shortly after to work for Southern National Bank.
In 1985, he left the finance industry and accepted a job as the finance officer with Clinton City Schools.
Miller returned home to Salisbury in 1995 as the assistant superintendent for operations.
After working for a number of school systems, Miller retired for good in 2013, but not before he had ran twice for county commissioner.
He came closest to winning in 2012 when he made a party runoff, but didn’t receive enough votes to make the general election ballot.
Now he’s dropped party affiliation and is running unaffiliated after several requests to run from Rowan residents. Part of his reasoning for dropping party affiliation is frustration with local Republicans, but also to give Rowan voters a third choice.
“I thought, ‘Well, I’ll give it another shot,” Miller said. “But I don’t want to run the risk of going through another run-off and losing. I decided that if I went unaffiliated it would give people another choice.”
Miller is a self-described moderate candidate, with conservative leanings.
Once the three new commissioners take their seats in the Cohen conference room, two issues could quickly rise to the forefront — West End Plaza and a county water system. The county purchased the former Salisbury Mall in 2013 and are in the midst of a feasibility study to build a county-owned water system.
Miller expressed concern about the planning that went into the mall’s purchase.
“We’ve got the Department of Veterans Services and the Board of Elections we are going to move out there,” he said. “That’s two buildings; that takes up maybe 10,000 to 15,000 square feet. If you’re going to go into a building that’s 320,000 square feet, you ought to have a plan for 70 to 80 percent of the building.”
Miller said that the county is now tasked with finding the best use for the mall.
His opinion on a water system is mostly positive.
“When I first read about it I thought, ‘Hey, it’s a great idea,’” Miller said.
He said county government should have involved Salisbury in the process more, as the city operates the main sewer and water system in the county.
Miller says he isn’t party affiliated, but citizen affiliated.
“If you want me I will listen to you and try to do what’s best for the citizens of Rowan County, not the Republican or Democratic Party,” Miller said.
Contact reporter Josh Bergeron at 704-797-4246

A movement by a Rowan County political group may have carried over past the 2014 party primaries, according to the... read more