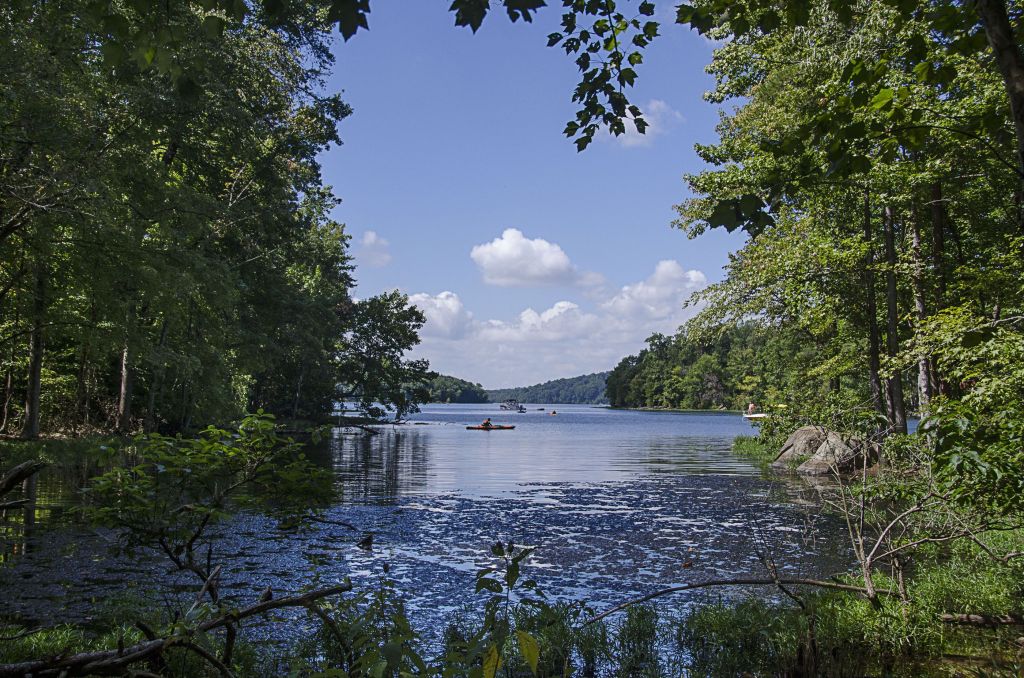 UWHARRIE NATIONAL FOREST — The Uwharrie National Forest (UNF) is a living laboratory for botanists, biologists, anthropologists, historians and foresters.
Some of the work that has gone on or is continuing includes:
• The Schweinitz’s sunflower (Helianthus schweinitzii) is on the federal register of endangered plants and the Georgia aster (Symphyotrichum georgianum) is listed as threatened and expected to be designated endangered this year.
Both plants, according to the federal register, are relics of prairie-like habitats or post oak-blackjack oak savannas maintained by fires set by lightning and native Americans. Loss of this open habitat to fire suppression and urbanization has resulted in the decline of the species. Now, they grow in marginal and very vulnerable sites, such as roadsides.
District Ranger Deborah Walker said the N.C. Department of Transportation cooperates with the forest to relocate the plants when they are found along roadsides.
People who find them growing on their property are encouraged to let them grow or call the forest or N.C. Wildlife Resources Commission to have them moved.
• Bumblebee research: In 2012, a Duke graduate student in environmental studies counted bumblebees (Bombus) to study pollination activity from a land management perspective in the Uwharries region.
• Honeybee research: When the honeybee population was threatened by Colony Collapse Disorder in 2012, honeybee researchers needed a place far removed from agricultural areas to study the disorder and found it in the UNF.
A few years earlier, Wake Forest University Biology Professor Susan Fahrbach was funded by the National Science Foundation for her research entitled, “Role of Orphan Nuclear Hormone Receptions in the Adult Honey Bee Brain.” Her field research was done in the UNF.
• Bats: Graduate students from the University of North Carolina at Greensboro have studied the Northern long-eared bats for the past five years. Ranger Walker said these bats will be declared endangered this year.
• The Carolina Heelsplitter: This freshwater mussel has been endangered since 1993. The UNF population is monitored by N.C. Wildlife Resources Commission biologists.
• Snakes: Wildlife biologists frequently put down sheets of tin, which attracts rodents, which in turn attract snakes. Walker said they catalogue the numerous species of snakes. Some, like the eastern banded water snake, are non-poisonous, but others, like timber rattlers and copperheads, are poisonous. Hikers and campers are cautioned to watch where they step and to carry a flashlight at night.
• Deer, turkeys, birds, owls, hawks, bears, bobcats and coyotes: Various groups of researchers are frequently conducting counts and monitoring sightings of specific animals and birds in specific areas. There is a unique population of the Eastern box turtle at home in the forest.
• The N.C. Birding Trail encourages birdwatching in the Uwharries. Research is ongoing on neo-tropical migratory birds, such as the green-throated warbler.
• Unconfirmed sightings of the believed-to-be extinct Carolina panther have been reported in the forest.
• Also unconfirmed was the Bigfoot sighting. Ranger Walker chuckles when she recalls that a TV documentary was made in the forest in a futile search for Bigfoot.