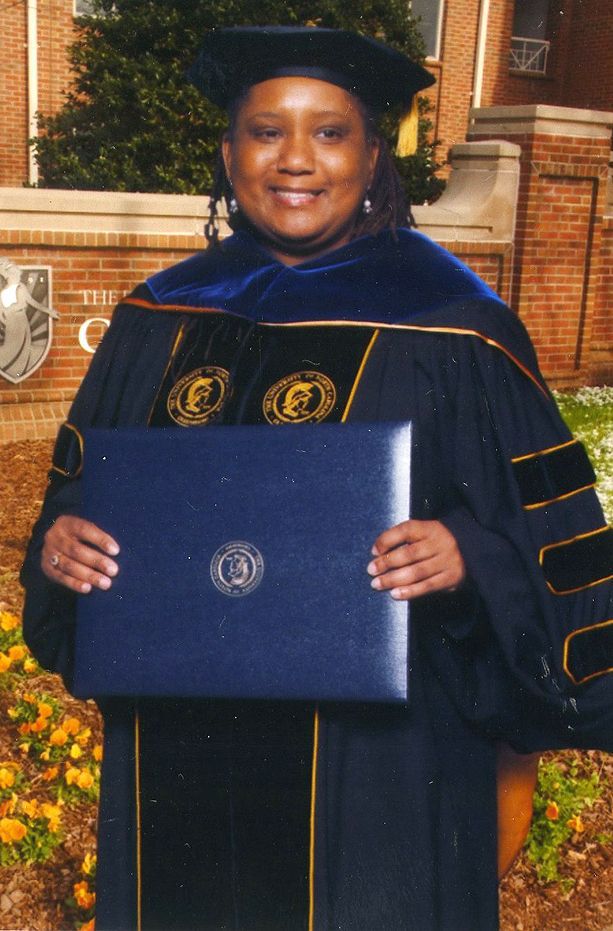 Joy Leigh Kennedy received a Ph.D. in Educational Studies with a concentration in Cultural Studies from the University of North Carolina at Greensboro during the May 9, 2014, graduation ceremonies.
A 1995 honor graduate of North Rowan High School, Dr. Kennedy received a Bachelor of Science in Elementary Education and her Master of Education in Communication Disorders from North Carolina Central University.
Dr. Kennedy is currently employed as a Regional Lead Speech-Language Pathologist in the Cabarrus County School System. She is the daughter of Royal and Jean Kennedy of Salisbury.