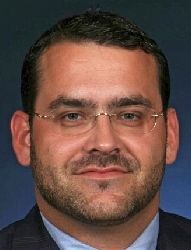 1. The Rowan County Board of Commissioners has chosen Aaron Church as the next Rowan County manager, effective Oct. 1. Who will serve as interim county manager until then?
A. Parks Director Don Bringle
B. Jim Sides, chairman of the board
C. Register of Deeds Harry Welch
D. Leslie Heidrick, finance director and assistant county manager

3. According to the city of Salisbury’s human resources department, what percentage of city government’s workforce is African-American?
A. 9 percent
B. 12 percent
C. 16 percent
D. 23 percent

4. What group has raised money toward the burial expenses of 41-year-old Jennifer Wofford, who died July 9, but not before endearing herself to Bob and Pat Schmidt and the customers of their antique store?
A. First Baptist Church in Spencer
B. The N.C. Transportation History Museum in Spencer
C. Spencer Moose Lodge
D. Spencer Police

5. What is a primary goal of four new downtown incentive grants proposed for Salisbury?
A. To increase the number of residences downtown
B. To create better places to park
C. To replace historic district tax credits that are being phased out by the state
D. To bring back retail anchors to the downtown

6. The home-schooling of students in Rowan County has increased by how much over the past five years?
A. 3 percent
B. 6 percent
C. 9 percent
D. 15 percent

7. Rowan County Commissioner Jon Barber pleaded no contest last week to misdemeanor larceny charges that he used a county copier and supplies to produce thousands of pages for his personal use. What monetary value did officials put on the paper and ink Barber used?
A. $800
B. $2,000
C. $5,000
D. $9,000

8. A memorial motorcycle ride and service will be held today for Don Tilley, who was owner of the Tilley Harley-Davidson dealerships in Statesville and Salisbury. Tilley was killed in a motorcycle accident where?
A. On I-40 near Nashville, Tenn.
B. On I-85 near Lexington
C. On the Blue Ridge Parkway near Asheville
D. In the Shenandoah Valley near Front Royal, Va.

9. Salisbury City Council passed a zoning text amendment this past week allowing “urban farms” within the city limits? Which of the following would not be allowed under urban farms?
A. Hatcheries
B. Crop production
C. Hog slaughtering
D. Sheep

10. What is the first facility Rowan-Cabarrus Community College has built using the funds of a $12 million bond issue?
A. A cafeteria on the Cabarrus campus
B. An X-ray lab for students learning to be radiologists
C. Classrooms for a new four-year nursing program
D. A fire and emergency training center

ANSWERS
1. D. Heidrick is making a bit of history by being Rowan County’s first woman county manager, in an interim role.
2. B. In the end, Mitchell’s inexperience in county government administration probably led to his being the second choice to Church.
3. C. While Salisbury city government’s workforce is 16 percent black, the city’s general population is 32 percent African-American.
4. A. Marie Lomax of First Baptist in Spencer donated a cemetery plot and has led efforts among members to raise money for the burial costs.
5. A. One particular incentive, which would allow a maximum grant of $100,000, is called a residential production grant.
6. D. Over the past five years, an average of 46 children per year have started home-schooling in Rowan County.
7. A. Barber has to pay $800 in restitution for the paper and ink. He also was given a $500 fine and must perform 36 hours of community service.
8. C. The accident on the Blue Ridge Parkway also critically injured Tilley’s wife, Robinette.
9. C. The slaughtering of hogs is state-regulated and would not be allowed on urban farms in Salisbury.
10. D. The Fire and Emergency Training Center held its first training exercise this summer.