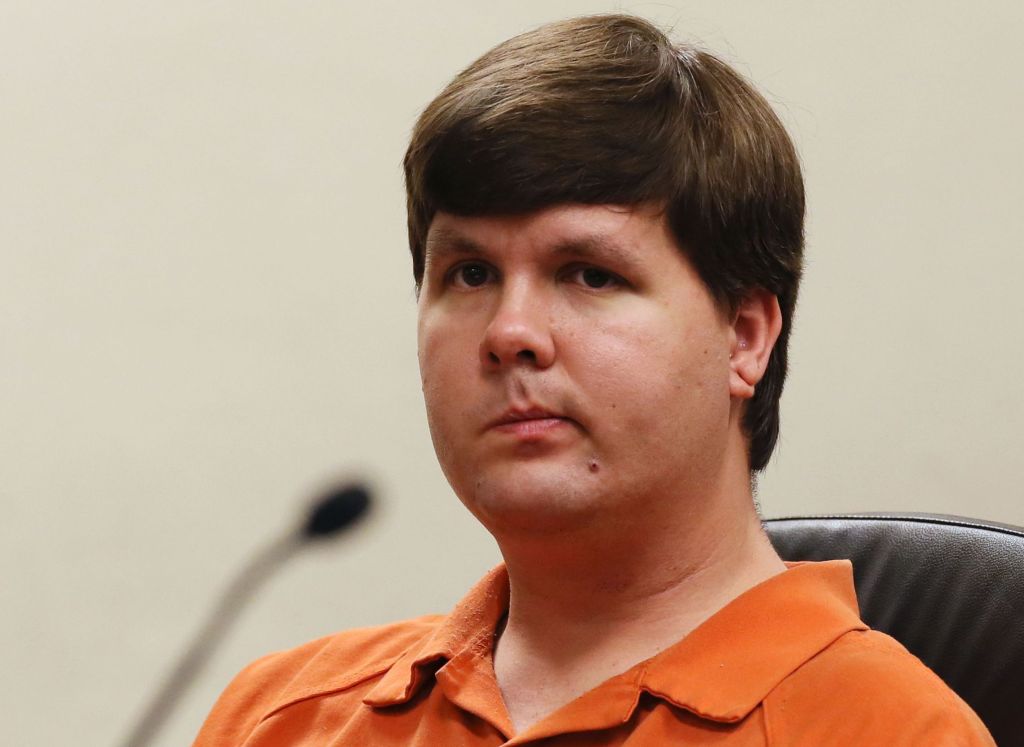 MARIETTA, Ga. (AP) — A Georgia man who prosecutors say sat in his office exchanging nude photos with women while his son languished for hours in a hot car was charged with murder on Thursday, more than two months after the child’s death.
A Cobb County grand jury indicted Justin Ross Harris on multiple charges, including malice murder, felony murder and cruelty to children. The malice murder charge indicates that prosecutors intend to prove Harris intentionally left his son Cooper in the hot car to die.
The eight-count indictment also includes charges related to sexually explicit exchanges prosecutors say Harris had with an underage girl.
“Today was another step in a long process,” Cobb County District Attorney Vic Reynolds said. “We look forward to the case running its course and, ultimately, justice being served in this matter.”
Harris will be arraigned in the next few weeks, and Reynolds said he will decide before then whether to seek the death penalty.
Harris has been in jail since his arrest the day his 22-month-old son died. Harris’ attorney, Maddox Kilgore, said his client is devastated after losing his son, his livelihood and freedom. Kilgore said the state has introduced several inconsistent theories about a potential motive in the boy’s death, which his client maintains was unintentional.
“The truth is Cooper’s death was a horrible, gut-wrenching accident,” Kilgore told a news conference Thursday. “It was always an accident and when the time comes and we work through the state’s maze of theories at trial, it’s still going to be a terrible, gut-wrenching accident.”
Reached by telephone later Thursday, grand juror Vivien Sanders, 68, of Austell, said while jurors had several questions about the charges, “they were satisfied enough to where we made a unanimous decision.” Sanders declined to comment further, citing the upcoming trial.
Harris has told police he was supposed to drive his son to day care the morning of June 18 but drove to work without realizing that the child was strapped into a car seat in the back.
Police have said the toddler was left in the vehicle for about seven hours on a day when temperatures in the Atlanta area reached at least into the high 80s. The medical examiner’s office has said the boy died of hyperthermia — essentially overheating — and has called his death a homicide.
The investigation is still ongoing, Reynolds said.
“The evidence in the case has led us to this point,” he said. “Whether or not it leads us to anyone else remains to be answered.”
Prosecutors have questioned Harris’ wife, Leanna, and she has hired a criminal defense attorney, but no charges have been filed against her.
“I am surprised that the District Attorney is still contemplating after almost three months of reviewing the evidence whether or not to charge my client, if that is who he was referring to in his press conference,” attorney Lawrence Zimmerman said in an emailed statement. “By now, I would think they would have been able to make a final decision and clear her from any wrongdoing.”
In June, police had charged Harris with felony murder and second-degree child cruelty — charges that imply negligence but not intent. The new charges supersede those.
Atlanta defense attorney Page Pate, who’s not involved in the Harris case, said the malice murder charge means prosecutors likely have more convincing evidence than they presented during the July bond and probable cause hearing.
“There were a lot of suggestions about malice murder but no smoking gun,” he said.
During the three-hour hearing, prosecutor Chuck Boring questioned a police detective at length, outlining evidence he said proved that Harris intentionally left his young boy in the hot SUV. But defense attorney Kilgore argued that the evidence was insufficient and that the boy’s death was a tragic accident.
Harris was sitting in his office exchanging nude photos with several women, including a teenager, the day his son died, Cobb County Police Detective Phil Stoddard testified at the hearing.
The indictment also accuses Harris of asking a girl under the age of 18 to send him a nude photo and of sending nude photos of himself and sexually explicit messages to her. It charges him with attempting to sexually exploit a child and with disseminating harmful material to a minor.
Prosecutors likely threw those charges in because they want to be able to bring up that evidence at trial, and a judge could rule they are inadmissible without the related charges, Pate said. The defense will likely try to have those charges isolated in a separate trial, he said.
The case has gotten an enormous amount of publicity, and that could make it tough to find jurors who haven’t formed an opinion. The defense could ask for a change of venue.
“The problem here is this is not just a Cobb County issue or case. It’s not just a Georgia case. It’s an international case,” Pate said. “So where are you going to go?”
Harris is a native of Tuscaloosa, Alabama, and moved to Georgia in 2012 to work for Home Depot.
————
Associated Press Writer Phillip Lucas in Atlanta contributed to this story.