Co-existing with cyclists, making effort to do the right thing 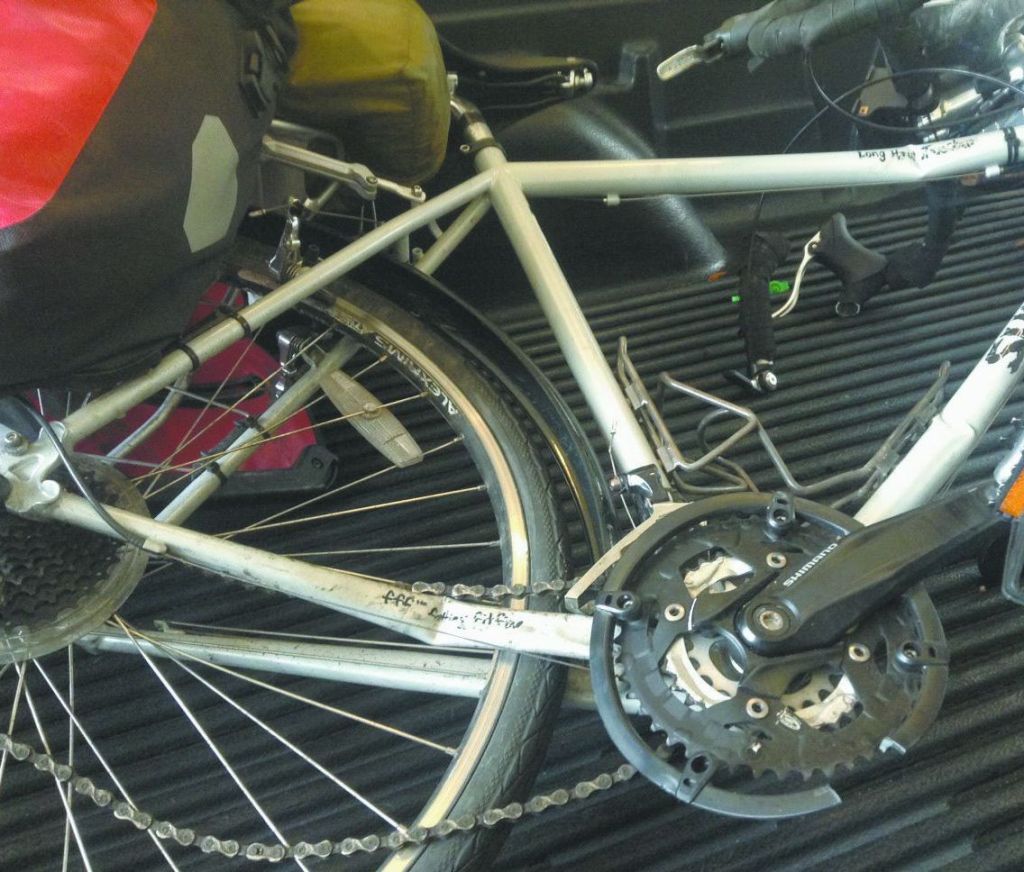 It has now been a month since my car versus bicycle accident in Tequesta, Florida. I was able to ride a little more that day after I got the replacement bike. I knew that I needed to be back on the bike as soon as possible. What almost no one knows is what happened later that afternoon.
I got a ride back to Tequesta from the bike shop in Hobe Sound, and I prepared to pedal an unfamiliar bicycle right back past the actual intersection. With a little hesitation and an extra prayer, I rode back by the scene of the accident. There was much less traffic and nobody pulled out from the same parking lot. I started to learn to shift the gears on the replacement bike.
Less than a mile south of the accident scene, a car sped past me and blew the horn twice, then cut sharply in front of me across the bike lane into a CVS parking lot. The bike had good brakes and I was able to stop just in time. I thought at the time, “How can this be? After what happened this afternoon!” The lady driving the car looked hard at me til I passed on by, and I looked back at her.
The state of Florida has good roads and bike lanes on nearly every road and street. Florida is an advocate for recreation in many ways. I actually felt safer in Florida than in any other state that I have traveled over the last two summers. But I still got hit. Delaine Fowler, owner of Fowler Physical Therapy and one of the best cyclists and athletes in the area, wrote some fantastic thoughts about cyclists and cars for the Salisbury Rowan Runners newsletter last month. The words that stuck with me were these: I know the lady did not leave her house thinking, “I’m going to hit David Freeze today while he rides his bike.”
Several cyclists from our area mentioned that I should address bike safety and a few rules, and in the words of one of them: “If it saves one life or injury, it is worth doing.” Cycling is great fun and exercise. In my opinion, cyclists and drivers can both make the extra effort to do the right thing.
Delaine found these traffic rules for cyclists and automobiles at www.bikeleague.org:
• First come, first served
Everyone on the road is entitled to the lane width they need. This includes the space behind, to each side and the space to the front. If you want to use someone else’s space, you must yield to whoever is using it.
• Ride on the right
In the United States, everyone must drive on the right-hand side of the roadway.
• Yielding to crossing traffic
If you want to change lanes, you must yield to traffic that is in your new lane of travel.
• Speed positioning
The slowest vehicles on the road should be the farthest to the right. Where you position yourself on the road depends on the location of any parked cars, your speed and your destination. Always pass on the left.
• Lane positioning
Bikes can share the same lane with other drivers. If a lane is wide enough to share with another vehicle (about 14 feet), ride 3 feet to the right of the traffic. If the lane is not wide enough to share, “take the lane” by riding in the middle.
• Intersection positioning
When there is a lane that is used for more than one direction, use the rightmost lane going in the direction you are traveling.
• Follow all street signs, signals and markings.
To add just a few things from my experience:
• Neither drivers nor cyclists should drive impatiently. Drivers should not blow their horn at cyclists, or other drivers for that matter. One trip through North Bergen, New Jersey would help convince drivers of that.
• Cyclists are entitled to a 3-foot buffer from traffic.
• Cyclists should wear bright colors. Black, dark green, and blue don’t count. Make the effort to be seen.
• Cyclists should use hand signals in certain cases to help drivers understand their intentions. I noticed that cyclists in the major cities do a great job of this. Riding through New York City convinced me to be more proactive in helping drivers know what the cyclist needs to do.
Bottom line: share the road.
• • •
We have a Beginning Runners Class starting at 6 p.m. on Tuesday, Sept. 9 at Novant Rowan Medical Center.
This class is open to the public and will continue for eight weeks. Cost is $65, $60 for Novant employees.
All participants get the class, a training dri-fit shirt, entry into one 5K race, and membership in the Salisbury Rowan Runners for one year.
For more information, www.salisburyrowanrunners.org or 704-310-6741 and 704-202-6601.
Last thing, I will be sharing my experiences on the recent Maine to Key West ride at First Baptist Church in China Grove on Sunday. Services are at 8:30 a.m. and 11 a.m.
Title of the presentation is, “Prayers, Pedaling and Perseverance.” The services are open to the public and I hope many of you can come.
David Freeze lives in Rowan County.