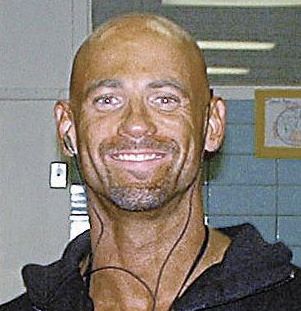 A month after being arrested at a New York airport on weapons charges, a Rowan County native who tried to join the extremist Islamic group ISIS, pleaded not guilty in federal court to being a felon in possession of firearms.
Donald Ray Morgan, 44, in an interview in Lebanon with NBC News before his Aug. 2 arrest at John F. Kennedy International Airport, expressed his desire to join Islamic State of Iraq and Syria, or ISIS. The militant group has seized territory in Syria and Iraq and released videos showing the executions of hostages, including at least two Americans.
Morgan was charged in 1996 with shooting into a crowded Las Palmas restaurant in Salisbury after employees refused to serve him more alcohol. Then 26-years-old, he was convicted of carrying a concealed weapon and shooting into an occupied dwelling. He served two years in prison and was not supposed to have firearms of any kind.
Authorities said Morgan was returning from Lebanon after arranging the sale of a firearm to a man he didn’t know was an undercover federal agent. Morgan was charged because of an AK-47 he sold in 2012 on the online site Carolina Shooters Club. In May, a federal grand jury indicted Morgan on weapons possession.
Morgan is a former special deputy for the Rowan County Sheriff’s Office and he also worked in the detention center and as a courtroom bailiff. He was once a reserve East Spencer police officer. He was terminated from both agencies.
Although he has not been charged with supporting the terrorist organization, investigators believe Morgan has ties to the organization. Federal authorities zeroed in on Morgan’s Twitter page where he pledged his allegiance to ISIS.
Morgan used the pseudonym Abu Omar al Amreeki on the social media site, and on it he posted photos and tweets pledging loyalty to ISIS leader Abu Bakr al-Baghdadi, according to published reports. The Twitter account has since been deleted.
Morgan told NBC he grew up planning on a career in the U.S. military, wanting to become Special Forces, and attended a military academy as a youth. But he didn’t complete basic training for the National Guard. He tried to substitute law enforcement for the military, but that didn’t work out, either.
Morgan told NBC he was first exposed to Islam in a university course. He converted after a 2007 divorce but didn’t fully commit to the religion until 2012, he told the network’s interviewer.
An FBI agent testified during Morgan’s Aug. 4 bail hearing in New York that before his return to the U.S. and arrest, he had been living in Lebanon with his second wife since January.
While there, Morgan told NBC News, he bought a ticket with the intent to enter Syria and join ISIS, but was stopped in Turkey.
Also during the interview, Morgan said he expected that if he returned to the United States he’d be arrested and charged with supporting terrorist activities.
But Morgan told NBC he does not view himself as a terrorist. “I would not classify myself as a radical, but by western definition I would be classified as a radical,” he said during that interview. “I just consider myself to be a practicing Muslim.”
Morgan, along with his ex-wife, were champion bodybuilders. They were profiled in a 2003 Salisbury Post article.
Morgan also previously worked at a local car dealership and a local company that works on heating and air-conditioning systems.
Salisbury Police charged Morgan twice in December 1991 with disorderly conduct. A report said he became abusive in his language when he failed to disperse from a private party. He tried to run when police told him he was under arrest, but was stopped by officers, the report said.
He tried to “break free” and was bitten by a police dog, the report said.
Nearly four weeks later, Morgan was arrested Dec. 28, 1991 in a Waffle House parking lot. He threatened to “kick and kill police officers,” the report said.
Morgan pleaded not guilty Thursday in Greensboro and a jury trial is slated for Oct. 10 in Winston-Salem.
Contact reporter Shavonne Potts at 704-797-4253.

‘The Lego Movie’ on tap at City Park Friday night

SALISBURY — The Salisbury Parks and Recreation Department will show “The Lego Movie” Friday night as part of its Movies... read more