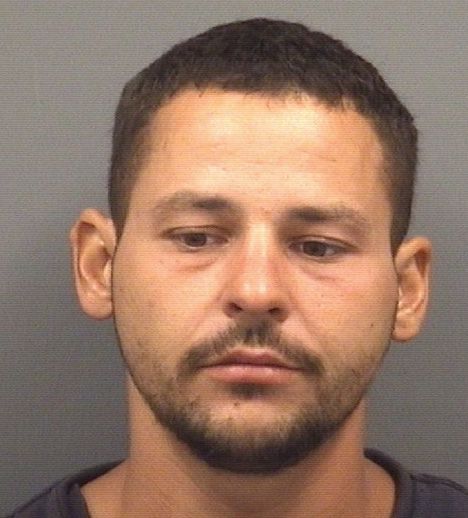 Twin brothers face misdemeanor charges this week after hiding from deputies serving arrest warrants on them at a China Grove home.
Christopher Nelson Ritchie and Chad Edward Ritchie, 28, were both being sought by Rowan County sheriff deputies to serve private warrants for second-degree trespassing. An officer, following a tip, went to a home in the 300 block of Menius Road.
This is not the first time the brothers were charged together and accused of wrongdoing. The brothers were charged in January with stealing scrap metal belonging to the father of Christopher Ritchie’s girlfriend. Investigators said the brothers pawned the items.
On Tuesday, Michelle Wensil Shepherd opened the door and then quickly closed it. She stepped outside onto the porch and told the deputy the brothers were not in the home. She eventually gave the deputy consent to search the home.
Chad Ritchie was found under a bed and his brother, Christopher, was found hiding inside a closet underneath some clothes.
Both were served the warrants and charged with misdemeanor resist, obstruct, delay an officer.
Shepherd, 43, was also charged with misdemeanor resist, obstruct, delay an officer. A department report said Shepherd was charged because she intentionally and repeatedly told the deputy the brothers were not at the home. A report said she told the deputy she didn’t know “lying was against the law.”
Chad Ritchie has been convicted of drug possession and a traffic infraction and Christopher Ritchie has been convicted of misdemeanor larceny.
Contact reporter Shavonne Potts at 704-797-4253.