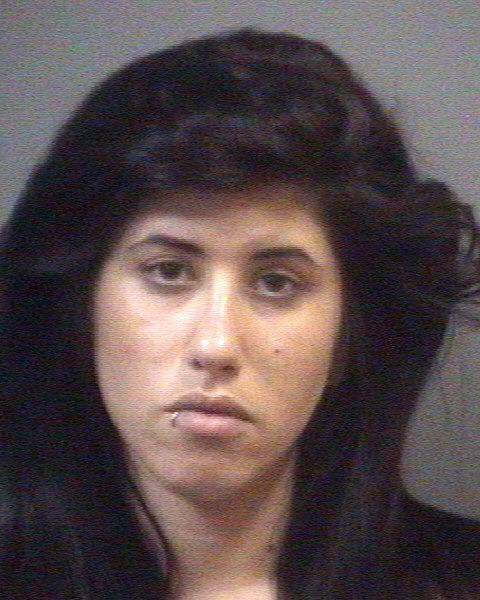 A Salisbury woman was charged with simple assault following an Aug. 29 tailgating incident on Stokes Ferry Road.
The Rowan County Sheriff’s Office charged Lacie Nicole Welch, 23, of the 200 block of East Fisher Street, with one count simple assault and one count injury to personal property, both misdemeanors.
Officials also served warrants for one count breaking and entering a building, two counts simple assault and one count injury to personal property, all misdemeanors. The warrants stem from an Aug. 17 incident.
The victim told authorities he and his son were returning from a football game in Salisbury around 11:17 p.m. and were traveling east on Stokes Ferry Road.
A pickup passed several cars in the no passing lane and then tailgated the victim.
A report said the victim applied his brakes to slow down. The truck passed him and the driver threw an unopened glass Corona beer bottle through the victim’s window, hitting the steering wheel and shattering. The victim was covered in beer and glass causing several cuts to his legs and arms.
The report said the victim tried to get a license plate number but the tag given to 911 did not match the vehicle.
When the victim turned onto Liberty Road, the truck’s driver ran through the grass at Liberty Fire Department, stopped and turned out the headlights.
The truck was gone by the time law enforcement arrived, but several firemen said they saw the truck turn down St. Matthews Church Road and a few minutes later return to the area, stopping at Liberty Feed and Seed.
Witnesses said the driver, a woman, argued with a male passenger outside of the truck and sped off.
The next day a deputy found the pickup at a home on Catfish Terrace and spoke to the owner of the truck. The owner of the truck told the deputy he and Welch had been drinking that night at Benchwarmers and he let her drive the truck. The man told the deputy Welch was mad when the victim applied his brakes and she threw the beer bottle out the passenger’s side window.
He confirmed the two argued at the fire station and then drove to Catfish Terrace. He said Welch got into a confrontation with someone at the Catfish Terrace location and was asked to leave.
Welch was arrested Wednesday and given a written promise to appear in court on Oct. 6, a report said. She is also expected in early October in a Cabarrus County courtroom for a traffic infraction.
Contact reporter Shavonne Potts at 704-797-4253.